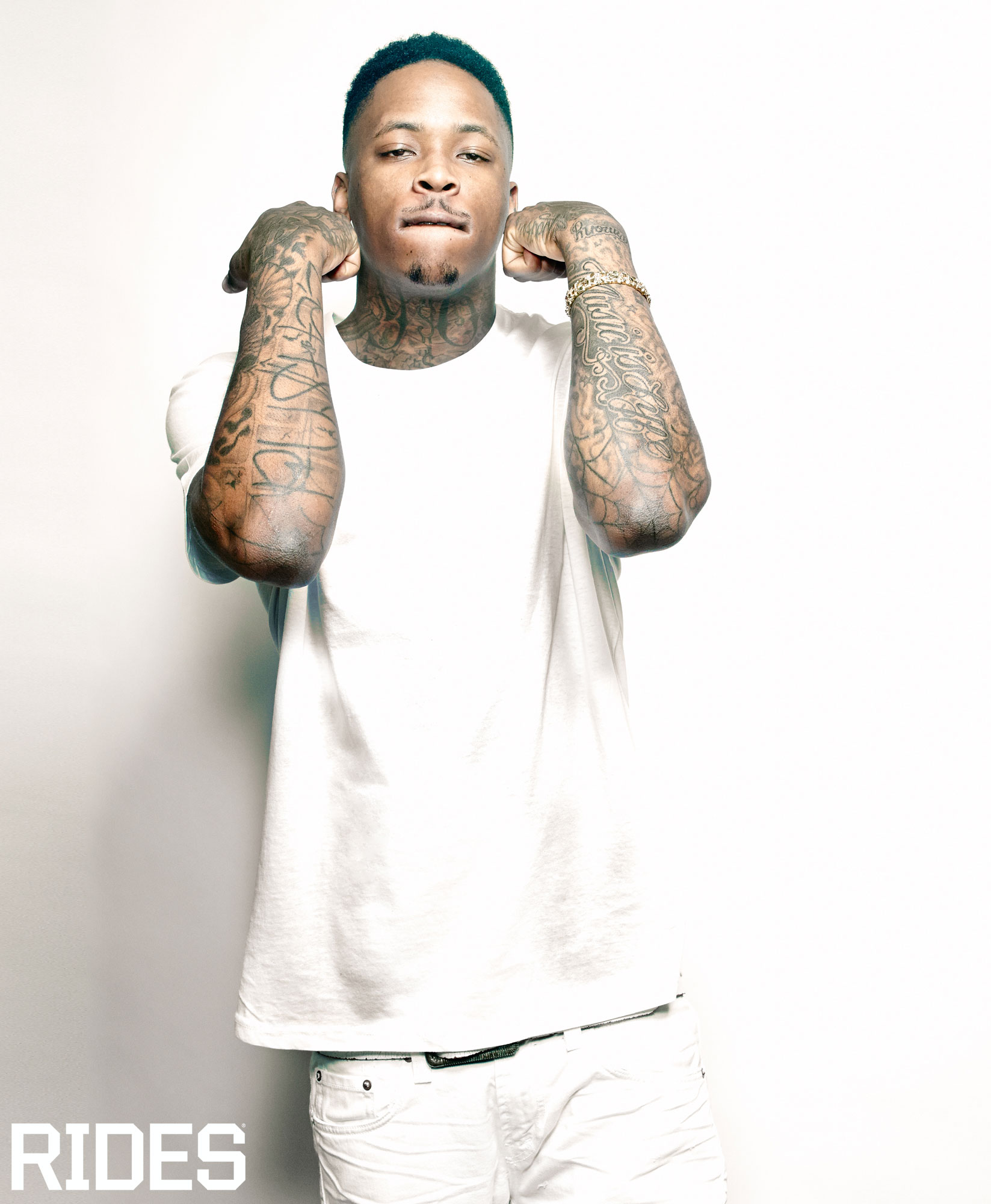 Compton, California’s own YG is carrying on the tradition of rappers from the Hub City—both in music and in flossing fly whips. Much like rap pioneer Eazy-E made the 1964 Impala famous on the classic “Boyz-N-The Hood” track, YG further cemented the legacy of the Range Rover as one of the hood’s favorite luxury SUVs on his summer 2012 hit “I’m Good.” After waving the ratchet party-music flag along with his producer/DJ, Mustard, for the last three years, YG’s Def Jam debut, My Krazy Life, arrives today. Before you cop the album, read what the young gangster is listening to in his spare time.

RIDES: You’re on the road a lot promoting your debut album, but when you’re back in L.A., what do you ride out to?
YG: Now I’m playing ni**as’ mixtapes and albums straight through. I’m off of that Nipsey Hussle [Crenshaw] right now, and I’m off that Rich Homie Quan [I Promise I Will Never Stop Going In]. I’m on that real heavy.

Do you ride around listening to your own stuff?
Not like that. I listen to my own music after I record, so I can hear it in the car and see if it’s right. I gotta ride to the shit. The whole time I’ve been recording my album, after I finish a record, I put it in the whip and bang it. Right before “My Ni**a” came out, I had it in the whip for two months bangin’ it, like, “Yeah, this that shit.”

What is your main whip that you’re riding right now?
I’m in the 2012 Panamera Porsche, flat red on black 24-inch Forgiatos. That muthafucka killin’ the streets.

Did you keep the system stock or did you upgrade it?
Nah, it’s stock, but anybody that got a Porsche knows that the Porsche systems bang. The muthafucka sound like it’s [got] subs in the trunk. I think I fucked my speakers up, it bangs so hard.

What was your first whip ever?
My first whip was a BMW 745Li. I started off with some dope shit.

What is essential for you when you’re buying a car?
Speed—the shit must go fast. And it’s got to be some luxury, fly shit that nobody got. It’s got to have at least 160 to 180 on the dash. Now that I got the Porsche, I can’t downgrade. I must put some 24s on my shit every time. If it ain’t on 24s, it ain’t me.

What’s the dream whip that you’ve got your eye on?
The Bentley Mulsanne. I like it because it’s a big-body Bentley with the old-school grille. It’s some classic shit. Honestly, though, I’m not into the whips heavy right now, because I’m focusing on my album going platinum. If my shit ain’t successful, I don’t think I’m gonna get none of that shit.