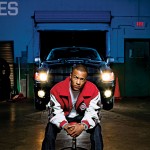 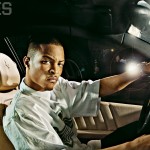 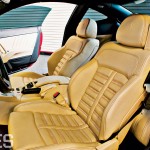 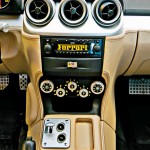 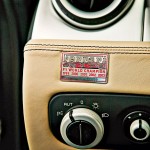 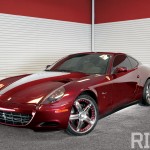 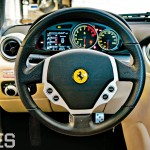 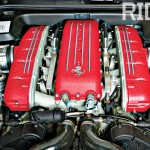 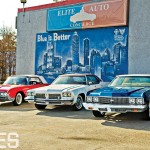 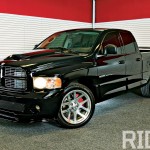 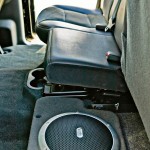 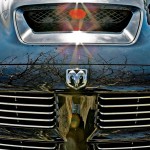 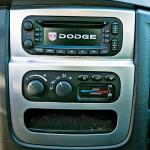 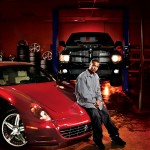 Despite the popularity of his hit single, “U Don’t Know Me,” Clifford ‘Tip’ Harris, aka T.I., has been making it hard to maintain his low-profile status lately, rolling up to spots in his new Ferrari 612 Scaglietti. For most car enthusiasts the 12-cylinder Italian stallion four-seater would be the alpha and omega when it came to fulfilling their wildest automotive dreams. But for Tip it was merely a well- deserved Christmas present to himself, to celebrate how not being naughty can be so nice. Not only did the bold self-proclaimed King of the South wrap production on ATL, his Overbrook/Warner Brothers big-screen debut, in which he stars opposite Outkast’s Big Boi, but he also put the finishing touches on his fourth album, ambitiously titled King. In the midst of his busy schedule the stylish southern gentleman paused for our cause, to take flicks at his custom car shop, Elite Auto Concierge. Here’s his version of how it really goes down in the A, with a sample from his whip stable.

RIDES: Based on the Ferrari and SRT-10 you posed with on the cover it’s safe to assume that you’re a serious car dude. How did that come about?
T.I.: My uncles were in the game when I was coming up, so they would always come pick me up in the hottest rides. My uncle had a turquoise Porsche back in the day. I think it was a 911, but whatever the case, it had the whale tail and it was around the time when “Going Back To Cali” was out. [1988] My uncles had a gang of shit, so when I seen them living and kicking it like that, I saw it fit to do so.

Damn, they were doing their thing in 1988. What’s your car game looking like right now? I got the Mercedes Benz S550, a CL, Ferrari, Viper truck, Cadillac DTS, Magnum, old school ’64 and ’65 Impalas… I got about ten cars.

With you having Elite Auto Concierge in Atlanta, I’m sure seeing hot cars coming in and out doesn’t help control your car fetish.
Yeah, I do get a lot of cars, but it’s always good to be able to make money rather than spend it. The same way I love cars, I know there’s other people out there that love them, too. So, I wanna make money off them just as much as people make money off me.

Smart. We’ve established an idea of what kind of rides you dig, but what kinds are you not feeling?
I ain’t a fan of mediocre or substandard shit. I don’t dig small trucks. I feel like if you can get a small truck then you can get a big car. I don’t really like those 300Cs. I think they’re fake-ass Phantoms. I hate to see muthafuckas put those butterfly [Lambo] doors on a cheap-ass car. Then, I just hate to see muthafuckas take a car worth $20,000 and put $50,000 into it. That shit just don’t make sense to me.

I can respect that, but cats do it all the time with the old-school joints.
Old-schools hold their value though. Old-schools are collectors items. Antiques. That’s different. Far different.

I heard you ended up buying one of Ice Cube’s old-schools a little while back.
It was one of the cars he used for a photo shoot of his. It’s a gold ’64 drop top low rider on switches.

So, aside from the classics it appears you’re more of a keeping-it-stock guy as opposed to getting into the heavy customizations.
I don’t overexert myself in fixing up no car, man, because you don’t ever get that dough back out of it. For me, everything is an investment.

Speaking of which, you just made a hefty investment in the Ferrari built for four.
Yeah, I didn’t even know the car existed. I was trying to grab one of the new Spyders, or the new Modena [F430] and [Ferrari] made me knowledge- able of the Scaglietti. I was like what the fuck is that? A four-seat Ferrari? I had never heard of it so when I saw it, I was like hell yeah!

That’s at least a quarter mill’ with a discount. How often do you get to drive it?
Not often. Maybe two or three times a month, but I don’t drive it the whole day. If I leave the house in it, I’ll come back before it gets dark and hop in the truck or vice versa. If I leave in the truck I’ll come back and hop in the Ferrari, if I’m going out. It depends on what I’m doing and what my day consists of.

Is it even possible to go easy on the gas in a 540hp monster like that?
I’m slowing down man. I can’t take the hits no more. I can’t stand to be in any more trouble.

True. We figured you to be an SLR man. After we shot you with all Mercedes- Benzes the last time you were in the magazine we thought you were biased and didn’t roll nothing else.
I am biased. I’m biased to Benzes more then anything else. Well, Benzes, Cadillacs and Chevys. I guess it’s just the culture and what we’re accustomed to.

That’s common city-to-city and hood to hood within the urban community. Why do you think that is?
I think they’re marketed towards us. I think they make those cars with us in mind. For instance, Cadillac got a lot of leg room, and black guys hate to sit in the back with a small amount of leg room. That shit is not cool. The same can be said about the big Benzes. The 550s and the 600s are real comfortable.

Anything else out there that you have your eye on?
Yeah, that new drop-top Phantom. I’m gonna come down in that, probably for the summer. Every summer I get a drop-top, so that’s probably gonna be it for this summer. Either the drop Phantom or the drop [Bentley] Continental. It depends on if I want a convertible luxury car or a convertible sports car.

FROM MAY/JUNE 2006 ISSUE OF RIDES MAGAZINE