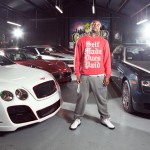 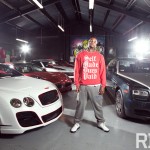 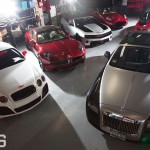 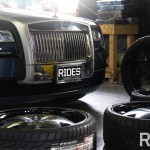 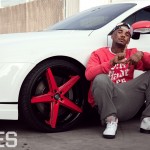 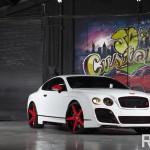 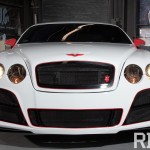 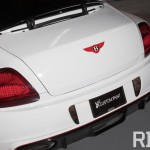 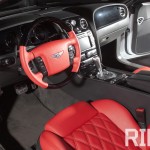 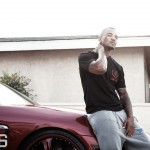 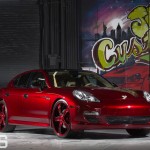 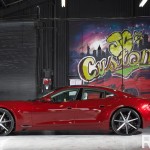 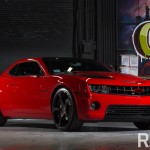 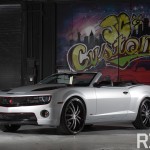 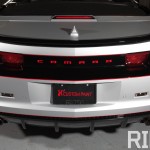 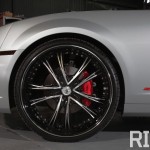 The Cali rhyme slinger has kept his spot amongst the rap game’s heavyweight division of MCs through the years with consistent hard rhymes over knocking beats. In addition, he’s worked diligently to ensure that his whip game is proper too. Busy working on his new studio album, Game rolled out his luxurious but muscular whips and talked to RIDES about his Rolls-Royce Phantom, Bentley GT, Fisker Karma, two Camaros and what he calls the crown jewel of his fleet, the Porsche Panamera.

RIDES: Your collection of rides is a good mix of luxury and muscle. Was that a conscious decision?
The Game: It is the luxury and muscle! I have two Camaros, and one of them is a drop-top. I’m from California, man. You got to pull down the ceiling sometimes! The other one is an SS also, but it’s a hard-top. It’s a whip that I’m saving for my son. I drove it and put about 2,500 miles on it before I figured out that I’m going to park it in the garage and save it for six years, until Harlem is able to drive. Then I’m going to pull that out, and it’s going to be a classic for him. As far as the luxury, as a rapper, you ain’t really doing it big unless you got a Rolls-Royce. Being the king of L.A. and everything, it’s supposed to look like what it’s supposed to look like, or else I ain’t doing my job out here.

What would you say is the crown jewel of your car collection?
The Panamera, man. It’s the fastest car I got, and it’s the most powerful. Overall, it just looks nice. Everything under that hood, I appreciate. It’s low maintenance, you don’t have to worry too much about having to take it in [to the repair shop] or shit breaking down or nothing like that. I’ve had that car for three years now and ain’t never had one single problem. I love it. It’s a beautiful car and the ladies love it.

Have you always been fascinated by cars?
Well, ever since I was a kid, I always wanted to have a collection of dope cars. You remember that picture that everybody’s drug-dealing uncle or cousin had in their hallway with the garage and four or five exotic cars in front of a dope house? My pops had one, my uncle had one—all of them had that picture but not necessarily the cars to go with it. That was always a [goal] planted in my mind. I said once I was able to treat myself to a dope car collection, I was going to do it the right way.

Do you remember the first ride you ever copped?
The first car I ever had was a [Chevy] Caprice. That muthafucka was a ’94 Caprice, all white. Probably three or four years later, it came out where you could put the TVs in the dash, so I put the TVs in, and I used to ride up and down Crenshaw, dog, pumpin’ the Menace II Society [soundtrack]. I was selling dime sacks of chronic, a little crack, but for a hood ni**a, I was winning. Right after that, the business started picking up, so I jumped into the [BMW] X5. And then Jay-Z came out, I forget which song [Editor’s note: “Show You How (Bonus)”], but he said, “We don’t drive X5s, we give ’em to baby mamas.” I was like, “Fuck!” I had to get out of that shit, because Hov killed that. So then I jumped into the Escalade, because that was right around ’99 or 2000. That was around the time they came out with 20s for it, and that was right before I got shot. We were riding hard.

Describe how important the car culture is in California.
California is beautiful out here with the palm trees, Hollywood—and it’s got to look like a movie. So if your whip game ain’t right…I mean, you don’t even have to have five or six cars like me. Even if you’re working a nine-to-five or hustling a little bit and only have one car, you at least have to have the right car. It’s California, baby! Shit gotta be right, man!

Do you find that different rides cater to different moods?
Yeah, that’s how cars are. I don’t pull out the Rolls unless I’m going to have a power meeting or I’m going somewhere in Beverly Hills, where I gotta pull up and look like a boss. The Panamera, that’s the car I scoop my woman in and still have enough room to put the kids in the back. Even if we’re going to hit the beach, I would do it in that car. If I just want to feel like a dope boy who made it, then I’m going to pull out that Bentley GT. I hit the hood in the Camaro because I don’t really give a fuck about what happens to the Camaro. I could smash that bitch, you could shoot at that muthafucka, I don’t really care. If I’m going to the hood—anywhere near South Central, Compton, Watts, Inglewood, Carson or Long Beach—I’m in the Camaro, because the wheels could roll off that muthafucka. I don’t care, man.

How important is a system to your rides?
None of my shit got [systems] in ’em. I kind of graduated from the bass all up in my ear in the car. No. 1, it’s California, I need to hear what the fuck is going on around me, like tires screeching, ni**as shooting and shit. I just need the regular little Bose speakers, 10-inch something in the door panels, and that’s it.

What one feature stands out amongst all your whips?
The stealth mode on that fucking Fisker, man. Regular mode is just riding around with the solar panels during the day, but once it gets dark and you hit the stealth mode, man, it turns electric on your ass and starts sounding like something from I, Robot. When you’re on stealth mode in that Fisker, you can’t even hear the car, bro. One of my homies, the other day, we were coming back from working out in the canyon and he was digging in his trunk, looking for a shirt or something. I rolled up on dude doing like 60 miles per hour, and I hit the brakes right when I got close to him. He didn’t even turn around! That stealth mode is crazy!

Cars aside, how’s your new batch of music coming along?
We’re still shooting videos. We just finished the “Ali Bomaye” video. Then we’re going to shoot the “All That” video with Jeremih, Wayne, myself, Fab and Big Sean. I’m never slacking or lacking nothin’ that a real dope album needs. To be working on my sixth album, I’m happy that fans still care about my music, so I’m gonna give 100 percent ’til I finish.