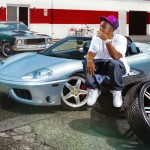 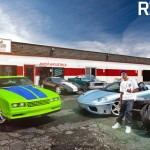 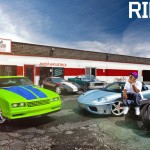 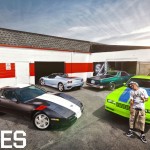 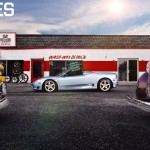 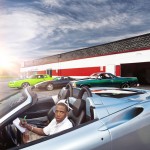 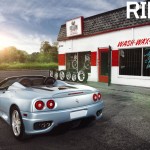 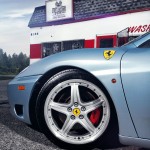 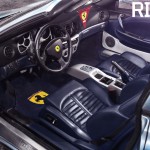 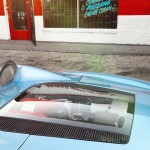 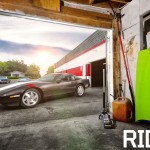 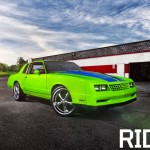 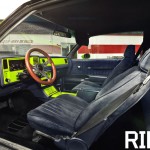 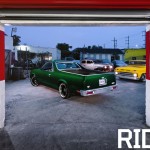 Curren$y Spitta is a stranger to the billboard charts, and his videos have yet to see rotation on any Top-Ten Countdowns, but the random pic of a toy Hot Wheel car he just tweeted garnered 50,000 views in a matter of hours. Spitta could be described as three things: humble, hilarious and, well…high. On top of his unmistakable delivery, Spitta‘s laid-back Bayou demeanor, coupled with his sense of style and love for automobiles, has resulted in something that people seem to gravitate toward. Fresh off a 45-city tour and a successful EP, entitled Weekend at Burnie’s, doing respectable numbers with only feeble Internet promotion, Spitta Andretti continues to live his Jet Life, while the world follows his every move one tweet at a time.

RIDES: With some of the things you say in your rhymes, you can’t possibly think people understand the car terminology, right?

CURREN$Y: You know what? I think about that sometimes. Sometimes I think it falls on deaf ears, but every once in a while, I’ll see on Twitter, where I can tell people are getting up on [the car stuff] because of some things I say, so it’s all good. But do people know about four-barrel carbs? No.

Yeah, like “Double Ss with the floor shift”—I doubt most of your fans know what that means.

Dude! I look right into the crowd, and the kids be lookin’ at me like, “WTF are you talkin’ about?” I saw on Twitter one time somebody thought “floor” was “flow,” like I was talking about rappin’ or something—shifting my flow. But it’s all good.

What do you think about other celebs becoming “car guys” after they get money?

[Laughs] It’s real easy to do! They don’t know nothin’ about duct tape around parts falling off, and they don’t know about having to buy parts and stuff. And it kills me. Like, I be with other industry folks, and I try to chop it up about cars, and they don’t wanna hear it. I’ll be with somebody in the studio or some shit, and I’ll be like, “I heard you got the new blah blah blah,” and it doesn’t turn into, “Yeah, I’m about to order these headers for it.” It be like, “Yeah, my guy got that for me while I was on tour.” I just laugh, though. I look for all my shit myself on eBay.

How did your love affair with cars begin?

My dad had a Regal, and that was cool, but what really got me was my neighbor, his dad was building a Bel Air on the side of the house. He had a silver shortbed and a Tornado, too. And my homie’s older brother had a 5.0 Mustang on Budniks that fuckin’ drove us insane! We couldn’t even comprehend it at the time, and he would just drive us around wherever we wanted to go. When I got older, I started building model cars and then taking the motors from the “Record Breakers” cars to make hydraulics in my model cars. I used to bring my models out on the porch like my friends gave a fuck. I was showing ’em off like a little car show.

Is that why you have a thing for ’80s cars? Just from growing up in that era?

Eighties Chevrolet, yep. All the movies and TV shows at the time showcased ’80s Chevrolets. I don’t know if GM funded the movies or what, but you saw them everywhere. In the ’80s they tried to make cars so futuristic, but they really weren’t in the end. Like, if you see the ad for the ’84 Corvette, it had a laser street that it was driving on, and it was all computerized, and they really thought they were gonna build some shit that would stay like that forever or something. Even the dash of it looks like they were building a flying car.

Have you had any other old-schools?

Yeah, I had a ’64 with switches but I sold it. It was a Katrina victim, though. The car was underwater; even though I brought it back after Katrina, it had a bunch of problems, and every little problem it had, I attributed to it being underwater. I sold it to somebody who was gonna take it all the way down, put it on the rotisserie.

Damn, you should have kept that. Why’d you cop the Ferrari?

Man, I’d wanted that forever. I always wanted the Testarossa. I had the Testarossa and the Countach poster on my wall when I was young. I got the Ferrari for the kid in me. I don’t fuck around with it, though. I do a little ridin’, and I might get up to 100-somethin’, but I don’t mess around in it. Now, the ’Vette or the Monte Carlo, I’ll take those faster than the Ferrari. Plus, it’s paddle shift, and I don’t wanna get crazy. I know some of the Ferrari purists say you have to have a manual, but whatever.

What other kind of car stuff have you got going on?

I got the car club, Cruise Life. I got a lot of homies who still have their lowriders, so I’m gonna probably do a ’63 like Doughboy’s shit [Boyz n the Hood] so I can ride with them. I kind of want a ’66, but it makes me think of drive-bys or a criminal or something—it’s something about the back of that one. But the Cruise Life thing is just to bring like-minded people together and cruise and shit. It’s like the old-school car clubs, that kind of vibe. New Orleans has car clubs, but they don’t cruise, they just post up. These cars are made to drive. My manager, Mousa, owns a rim shop, too—Street Customs—and I use the same guy to work on all my cars. I’d like to do a Firebird, though. My homeboy bought one of those 2000 WS6s. I hear him ride up and down the street all the time, and it drives me crazy.

People say you’re underrated because you’re not on the radio and everything. How do you feel about that?

Yeah, man, because all I really rap about is cars, shoes and smokin’. I’m not gonna be on the radio, dog. I’m not gonna do all that shit they want me to do. And that’s why I’m glad I got down with y’all [RIDES], ’cause I’m not for all that “posin’ in front of other people’s cars” shit like other people do.

2 Responses to “Curren$y: Daze Of Thunder”