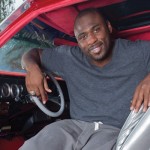 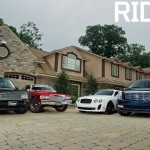 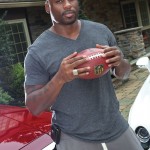 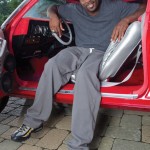 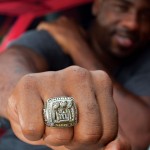 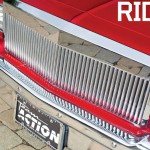 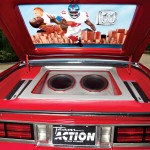 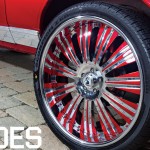 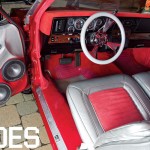 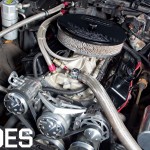 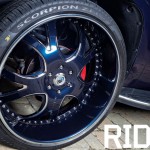 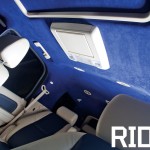 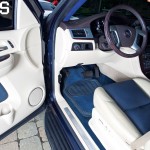 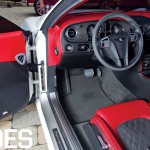 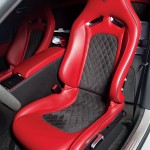 One would be compelled to think that standing in front of ever-imposing New York Giants Super Bowl champion running back Brandon Jacobs would be scary, but it’s nothing when stacking the deck against his car game and knowledge. At an impressionable 6-foot-4 and 264 pounds, Brandon’s sizeable nature fits within the scope of his collection, which ranges from a daily drivable 700-horsepower Nissan GT-R [Editor’s note: The GT-R was in the shop for more power at time of print] to his wife’s Mercedes S63, which, as he notes, is a perfect family car. Apart from the love of family is his love of cars. Brandon soaks up information like a sponge, and his database can’t be F’ed with.

The Super Bowl champ is a genuine “car guy.” Brandon knows how much power a well-developed turbo setup should make on his GT-R; he knows about staggered fitments and that it’s more cost effective to trade for a new Continental Supersports than to just get a set of $30K carbon-ceramic brakes on his now-gone Continental GT. So it’s not surprising that he has one of the most well-rounded collections among elite athletes, from luxury whips to a Box that could compete with some of the best in the South—which brings into the equation his Louisiana childhood roots and extremely down-to-earth attitude. When he’s not running down the opposing defense, Brandon is running down the tarmac like a steamroller, setting his sights on the next turn and cutting up power moves.

RIDES: Where did your love of cars stem from?

BRANDON JACOBS: First of all, my Caprice. I grew up [in Louisiana], I saw a lot of them down there, and I always wanted a red Caprice with the silver on the top. I always wanted that. I was, like, 11 or 12 years old, saying I want a red Caprice with silver tops, silver and red interior, and that’s what I kept my sights on, and that’s what I ended up getting.

You were already in the NFL by the time you got it. Did you buy it knowing exactly what you wanted to do to it?

I knew exactly what I wanted and I did it. I bought that car, painted it twice—the only original thing on that car is the interior. The motor was done twice, the music was done three times, I had two sets of rims and music done for it by Joe [at Action Tire]…the list goes on.

Was the Caprice the starting point? And then you got into luxury?

Yeah, the Caprice was my starting point. I did have an Escalade and 745s, I always had that, but the Caprice…. You know I love my car, but I would sell it in a heartbeat, too. [Ed. note: Brandon is currently selling his Caprice through Action Tire for $60,000.] I got into that, then I got into luxury and speed—so on and so forth.

So which one is your steady ride right now?

My wife’s car is my favorite. It’s an S63; it’s our best car. I love that one. It floats and it’s super fast—it’s an all-in-one family car, take the kids wherever you wanna take them. My two sons ride around in that car.

What about the GT-R? That has to be some serious power.

What have you had done to it?

I put a Stage 1 bolt-on kit, which made about 570 horsepower, and right now I’m upgrading the turbos with bigger injectors. The list goes on, but that should put out about 705 to 710 horsepower when I get it back.

How do you go about extracting that power?

Driving Force Club, they have all kinds of cars—I mean, you name it, they got it. We probably do, like, 100 miles. Sometimes we’ll end up on an airstrip and do some racing, but other than that, we always cool.

So you know your limit?

I wanna go straight. I’m not really in the business of doin’ Dale Jr. or Bobby Labonte or any of them guys. They can keep that.

The Continental SS is a nice ride. How’s the speed?

Yeah, that’s one of the fastest cars I’ve ever driven. That one isn’t really fast on its top end, you know; it can get you to where you need to be, 135 or 140 mph, and the other cars start to climb on it. You’re not gonna find another car that can beat the Bentley off the line.

With the exception of the Caprice, where’s the American muscle?

Well, I’m not gonna buy an American [sports] car, period. I’m not an American-car guy. The only car I would buy that’s American is a ZR1. That’s a hot car—I like that. But Ford, Dodge and Camaros, I’m not into those.

Is that based on how they drive or how they look?

I’m in it for winnin’, not spinnin’. You know, a lot of the Chevys and GT500s, you hit the accelerator and you’re gonna spin every piece of tread they got on their tires before they actually go somewhere.

We have to get Chevy to hook you up with a ZR1. What’s next for you?

No, no projects. The GT-R is being worked on now, and I’m trying to keep everything right where it is. Maybe a year from now, two years from now, I’ll get something else.

What’s up with the 2011 NFL season? You hear anything? Nervous?

I have absolutely no idea what’s gonna happen. I’m not really worried about it, because they’re gonna get it done…I think. If not, I can just go out and ride with my friends.