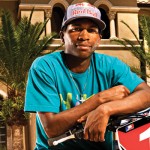 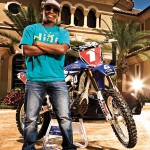 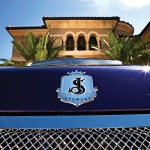 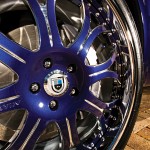 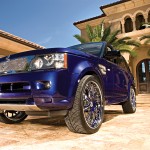 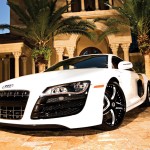 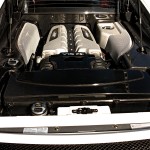 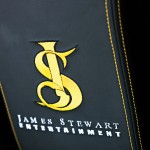 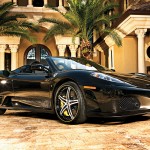 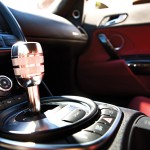 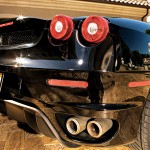 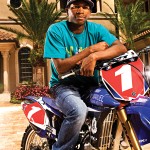 At 24 years old, James “Bubba” Stewart isn’t shy about being in the spotlight. Apart from destroying the competition in both motocross and supercross, Stewart has become a celebrity in the world of extreme sports and is now riding that stardom straight to your sofa. Starring in a new Fuel TV reality show, appropriately dubbed Bubba’s World, Stewart gives a glimpse into Southern living with friends, family and his multimillion-dollar career. But, as he explains, the show also portrays his home-schooled roots and family-oriented career.

Don’t think this racing phenom lets all the attention get to his head, however. While he may be jumping 50-foot gaps and soaring over crowds in competition, this down-to-earth family man always keeps his ego in check. Whether it’s filming his first season or bringing home the win, Stewart makes the dream of living the good life with friends and family a reality. And thanks to his skill set, he’s got all of the tools he needs to get what he wants. Hop on—we ain’t just along for the ride.

When did you start racing? I started racing when I was about 4 and turned pro at 16.

Wow, early! So being 24 right now, what’s it like being young and having everything you worked so hard for become a reality? I mean, it’s nice, but you know, there’s a lot more I want to achieve. Every time I race, I race like I’m broke. I race like I have nothing. Just because I like to have that passion, I like winning it. It’s nice to go a weekend and still have that attitude and then come home.

So you’re always going for broke? Well, a lot of guys in my position get money and just stop; stop trying and don’t make that final push. I go for broke. It’s like, “This is my last race,” or my first real victory, so it’s what keeps me going.

With Bubba’s World, do you feel like you’re portraying more of a personality or are there just cameras and that’s how you are? I mean, I think Bubba’s World is who I am, but I’m not a partier, I don’t go out to clubs and stuff like that. You know, it’s one of those things that we did just to show—you know, to have something else in there. But mainly to show people how I live or the things I do. Most of it is pretty normal; it’s like everyday life. We missed a lot of stuff, because things can happen and pop up anytime.

You’ve got yourself a pretty fresh car collection. Have you always been into them? Yeah, you know, it was more like I was into cars in general. One of my good friends when I was younger, still a good friend now, Ken Griffey, Jr., he had a lot of cars, he was flashy. He had Mercedes, Porsches…so I was like, One day I’ll be like he is. So I bought my first car—at the time, we both had Tahoes—and he thought his system was way louder than mine, and I had him covered. Ever since then, it’s like, “Oh, I got him [laughs], I got him!” It’s almost like a little battle on the inside of a ship. I like picking cars and seeing which one’s better.

You’ve got the Ferrari and the R8. Is there anything else catching your eye? Honestly, no. I bought that Audi R8 V10; it’s my favorite car.

So you have two R8s? Yeah, I bought two. So I had the regular V8, then I got the V10, and I fell in love with it. I traded in my Escalade for a Range Rover—that blue Range Rover—and to me that was fun, because I had the chance to take that and put some wheels on it and stuff like that. That was one of the ones where I went to the dealership with my parents, and they were like no, no, no, no! But I got it. And it looks good now.

Do you modify them or do you leave them stock? No, no, no, I gotta modify it. You know, be-cause a lot of people have stock cars, and I like to mod the stuff. I’ve almost got more of a passion for fixing up cars and making them look better than actually having them.

Like, taking an old car and making it look better or taking a stock Range and making it your own? Yeah, the stock Range Rover when I got it, it was one of those things like, Nah, I don’t want to change it. But now that I’ve put the rims on it, changed the grilles up and painted a few different things, I’ve never even seen a Range Rover that looks close to this one. So it’s cool to be driving out, or driving around, and there’s another Range Rover asking if it’s special paint and stuff like that. It’s exciting.

Have you done anything to the R8? I just put rims on it. It’s my baby, so I don’t really want to touch it too much.

Your dad has a pretty serious collection of muscle cars; do you two compete for bragging rights? Yeah, my dad has a gnarly collection of old cars. He loves them. They’re cool, but I want a car that you get in and drive, and like, let’s say, hop in; take the Ferrari out and it’s no big deal. But when you try to hop in with that thing [’69 Camaro], it’s like, “Uhhh, it’s warming up.” Dude, I’m not into that. I want to hop in and then go fast wherever I might be going. I don’t want to worry about it. It’s cool, though, that’s the difference between him and me.

Have you ever thought about getting into street bikes? I’ve had a couple street bikes that were done by my two brothers out in California, but I don’t ride them. I just can’t deal with having to keep an eye on other people with cell phones and all that stuff when I deal with the street bikes. If it was racing, it would be different, but I only ride them.

When was the moment you realized you’d made it? Probably when I won my first race; like, “All right, I kind of made it.” As far as, “Wow, I’m actually somebody,” it’s probably when I started my TV show. At the end of the day, when I quit racing, I can go back to videos and, man, I have my bomb TV show, which is based on my life and what I love: cars and all this stuff. To have your own TV show, like Shaq, whatever, it’s pretty special.

Ever think of branching off into clothing? You know, that’s the way you get hurt. Thinking about all this stuff…I gotta be quiet.

Where do you see yourself in 5 or 10 years? I think for sure I want to be plugged into my career. And in 10 years, I just want to have something like a TV show, but more like Pardon the Interruption. I would just like to see myself being in entertainment, you know, TV.

And finally, is it ever acceptable to double-dude on a bike? [Laughs] Oh, no, no, no, no. No. I’ll call shotgun if I’m in that situation. I dunno, we don’t do that.