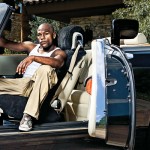 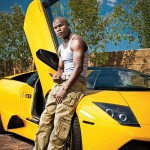 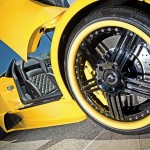 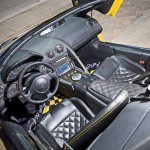 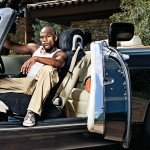 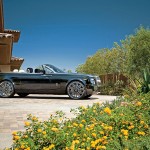 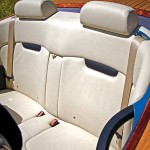 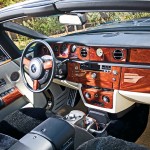 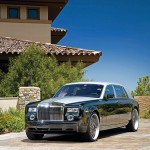 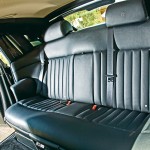 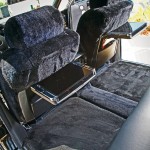 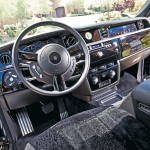 Save for the animalistic nature of the UFC, boxing may be the most primal of sanctioned competitions mankind has ever devised. Yet despite concussions, battered faces and bitten ears, the knockdown, drag-out battle of strength and strategy has evolved into more than just a sport. Modern-day boxing is entertainment, its matches events, its athletes superstars. Blame it on the multimillion-dollar payouts or the countless business and commercial tie-ins, but the truth is things wouldn’t be on the level they are without personalities like Floyd Mayweather Jr.

At 5-foot-7 and 144 pounds (give or take), “Money” Mayweather is not intimidating in stature but still regarded by many experts as, pound for pound, the most dangerous fighter in the sport. The 32-year-old’s recent out-of-retirement bout with Juan Manuel Márquez proved that a 16-month absence from the ring wasn’t enough to dull his lightning-fast jabs or heavyweight personality. As for his whip collection, that may have recently shed a few pounds, but Money insists that his game is still undefeated; just call the downsizing a decision.

Before we get into car talk, you just came out of retirement and won by decision against a very solid competitor. Is there anything about your return or victory that you’d like to address? Yeah, I think all of Márquez’s fans should continue to support him, even after this. He’s still Mexico’s numero uno. He’s a tough fighter and a true champion.

But again, you prevailed. Yet since it all went down, your fleet has really dropped in numbers. We thought it might go the other way—what happened? Man, you don’t want to over-live your needs. When I was 21 or 22, I had, like, 23 cars, something like that. But just before this fight, I realized that it didn’t make sense. With me being older now, I just don’t have the same mind-set as I did when I was 22.

Still, though, you got rid of a lot. There’s nothing you regret selling, or one you think you’ll miss? No, not at all. You get older, you grow. Right now, instead of having $3 million in cars sitting in my driveway, I’d rather go with one $400,000 or $500,000 car and put $2.5 mil in the bank and earn interest. I’m past that young-boy behavior. I’ve matured. Though when I was young, there was a point where I had a couple hundred grand in the bank but only drove a Jeep Cherokee. I was trying to not over-live my needs, but at some point it just got out of control.

So then what’s left? I have three now. I got the all-black armored truck with the wood floors and the suede walls; I got the Phantom Coupé, the all-white one that I just bought; and the Cadillac truck. It’s a good balance. Like, the Cadillac truck is something I can take to the gym and just be comfortable in after my workout. But when I get dressed up and put my clothes on—like, dressed up real nice—I like to be in something luxury, like the Rolls-Royce Coupé.

You’re one of the first celebrities we’ve talked to who actually has that new Drophead Coupé. How’s it working out for you in Vegas? Does it get you enough attention? It’s amazing. I don’t need to do anything to it to get it noticed. But when you live in Las Vegas, like me, you can’t go rollin’ around in a convertible with the top down until it’s night. It’s just way too hot out. But the Coupé is cool ’cause it’s got this starscape headliner. You cut the lights and it looks like the night sky. Man, you gotta see it.

Yeah, Double R interiors are pretty amazing as is. How about from the outside? Do you plan on doing anything to it to make it stand out even more? No, not at all. I look at a car like a human body. You get out of it what you put into it. If you eat right, your body will perform better. But if you put garbage into it, you’ll get garbage out. It’s the same thing with a car. You put garbage into it, and you won’t get any good out of it. There’s no need to mess with [the Coupé], because they fed it right.

Speaking of performing, you’ve been messing around with some serious horsepower in your downtime. When it’s time to prep for a fight, does your trainer deny you drive time in anything he might consider dangerous? Nah, he don’t do that. But when I’m training hard, I usually don’t like to drive myself anyway. I mean, I have in the past; I’ve even driven myself to a fight. But now I’d just rather be driven in one of the trucks and put all my concentration into the match. There’s plenty of other time to be seen on my own.