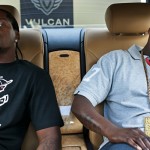 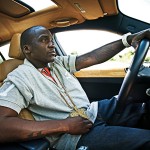 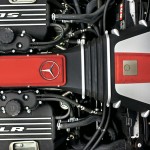 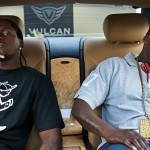 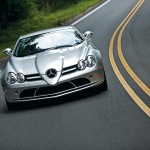 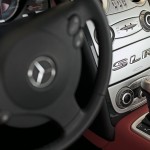 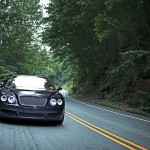 No one would ever call siblings Gene and Terrence Thornton complacent. The Virginia-based rap brethren, better known as Malice and Pusha T, respectively—the Clipse, collectively—have equated their oft-imitated image and very existence with transition and movement. Musical content aside, the self-proclaimed “best duo ever” has switched record labels, remixed streetwear via their Play Cloths brand, and altered garage lineups so frequently, they themselves have trouble keeping inventory. But through all the flips and re-ups, there has been a dependable constant from these partners in rhyme: automotive talk fueled by performance rather than the industry-standard boasting and name-drops. Put simply, these fellas actually drive.

On the verge of releasing their third album, Til the Casket Drops, RIDES caught up with the brothers Thornton at New Jersey’s Vulcan Motor Club, an organization offering a unique alternative to high-end car ownership. Founded by entrepreneurs Aaron Fessler and Tom Mizzone, Vulcan maintains a fleet of roughly a dozen luxury and exotic options that, through various plan levels, club members check out and return like library books. Browsing the wares, which included everything from an Aston Martin DB9 to a Tesla Roadster, Pusha and Malice honed in on two strikingly different whips to test the establishment’s worth—a Mercedes-Benz SLR McLaren and a Bentley Continental Flying Spur. The quiet town of Chester, New Jersey, never saw this one coming.

This is quite the unique concept Vulcan’s come up with. Either of you ever hear of something like this before? Pusha T: I personally haven’t, and I think it’s a great idea, especially if you’re into the newest and the latest. You know, a lot of people never get the opportunity to drive cars like this. And even if you can afford one, it’s not usual that you can afford 10 of them. Malice: I think it’s convenient, you know. Without having to go out and purchase the car yourself, you can be fly for a weekend, entertain company, you know what I’m sayin’? If you got a lady friend, whatever it is that you’re trying to do… I think it’s an awesome idea. Actually, it’s brilliant.

Y’all sound sold. So what exactly is the appeal to you, besides the obvious eye candy? P: It’s sort of like babysitting. Everybody likes babies, they’re cute. But you know, when you don’t have your own, you get to send them back to their parents. You get to tickle and play with them, but when you’re tired and it’s time to change the diapers? You hand them over. People don’t understand, when you live where I live and have Ferraris, the nearest dealership is three hours away. Not only do you have to get it serviced, you have to get it shipped—or drive it up yourself and hope to God nothing else happens. It’s a whole other level of caring when it comes to these types of vehicles. M: Yeah, you gotta pay to play! Plus, I like to hop in and drive, and maintenance on cars like these can just get on your nerves. My time is very valuable, so I can’t always keep up with the proper care of a vehicle like it rightly deserves. Just ’cause you got a Porsche doesn’t mean you can ride that thing with a dent, you know? You can’t afford to slack or slip.

You definitely can’t slack behind the wheel of anything here. Case in point, the SLR. How’d it feel to push the weight of a $400,000+ Benz? M: That car is a dream. It’s a beautiful piece of machinery and an experience, to say the least. I love the cockpit; it just feels like an airplane. And that acceleration? It’s there at the drop of a hat. You can take any lane and any car around you. You basically own the road. P: Listen, the pickup in that car is a gift and a curse. That’s all the power you would ever need in a vehicle. There’s not anywhere you can’t get to before the next man. But you have to drive that car at all times. I tend to get lazy behind the wheel, and when I say lazy, [I don’t mean] in my actions, just how I’m positioned, just relaxing. There is no relaxing in that car. If you think you’re ever going to just be chilling in this vehicle, then you have another thing coming.

How about the Spur, then? Bentleys are a bit more suitable for kicking back in, maybe even getting chauffeured. Was that one more your speed? P: That Spur is all me. It has that look of luxury, it has power, but it still has room to cruise. To me, it’s like the best of both worlds. A [Phantom] just looks like you should be driven in it. But in this you have the option to drive or be driven. M: Oh, I like the Bentley ’cause I’m a family man now. Although I appreciate young, fast and flashy, I just like a little more sophistication. The peanut-butter seats, the insides, the leather—but it ain’t no slouch on speed, either. It says so much but in an understated way. With that car, you’re not necessarily trying to be seen, but at the same time, you can’t help but be noticed.

Something we’ve noticed is that your car lyrics have always been on a different level than most. How’d all the performance talk come about, and can we expect more? M: Coming up with the Neptunes, man, Pharrell and Chad really exposed us to what’s what in the car game, like most don’t know. But I think for me, from here on out, it’s pretty much going to be about luxury, man, just living life on cruise control. I ain’t trying to wrap it around no pole anymore. I used to, but not now. P: It’s all about the options with me. Luxury is cool, performance is cool, but every year there’s something new that’s the talk of the auto world. Like with the Lexus now that parks itself, for example. And we’re also of the behavior of going down to Miami and renting anything we can find, just having a ball. Dropping $4,000 on a weekend rental, then turning it back in, is a good time to me. Plus, like I said, it’s an opportunity to stay up on the latest and greatest in a knowledgeable way. Of course, the rhymes are all about how I’m feeling at the time, but you can definitely expect to keep hearing about what’s hot, from that level of first-hand experience.