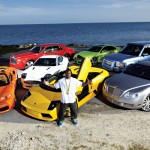 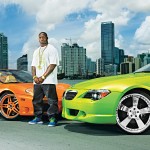 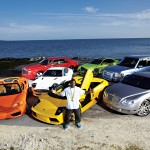 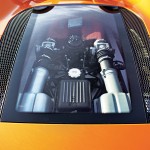 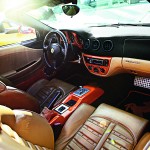 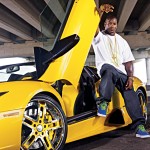 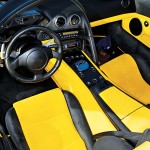 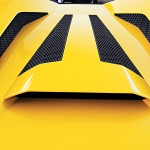 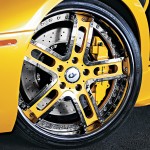 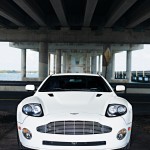 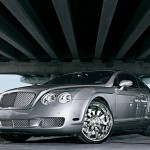 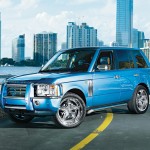 Thomas Jones is a colorful dude. At just 30 years old, the New York Jets running back has established himself as a brute, offensive force on the field, and an outspoken personality while off. Having racked up his fourth consecutive 1,000+ yard year, you might expect this literal baller to slow down his drive for the off season. But you’d be wrong. Instead, Jones’ entrepreneurial hustle has led to the launch of his own record label, Outta Pocket Entertainment, where as CEO, he intends to put out classic music that will stand the test of time. Yes, Thomas Jones is a bright, captivating kind of guy. And then there’s his car collection.

Currently residing on the outskirts of Miami, Jones originally hails from Big Stone Gap, Virginia. Tucked away in the mountainous terrain of the Lover’s state, he spent much of his boyhood amassing a dream-garage of micro machines. Fast-forward a couple of decades: Aside from the scale of the cars, not much has changed.

So, uh wow. This might be the most impressive anthology our pages have ever seen. How exactly did all of this come about? I have an obsession with cars, I do. It all comes from my childhood and growing up where I did. The only exotic cars we saw in Virginia were either on TV or in Matchbox cars, so I would collect whatever I could find. Little ones, big ones, remote control, I had them all. I would constantly get in trouble for playing in the kitchen and running them into my mom’s feet. It’s just been a lifelong infatuation, so when I finally had the chance to own cars like that, it was just a dream come true.

Given your age then, what poster was up on your bedroom wall, the Lamborghini Countach or the Ferrari Testarossa? I didn’t really have any posters up back then, but you want to know what my favorite car was? The Charger on The Dukes of Hazzard. I loved that car, and the way they didn’t even open the doors. They just jumped through the windows. As I got a little older, of course, I realized it was kind of a conflict for me to like a car with the Rebel flag on its roof. When you’re a kid you look past stuff like that, but even as I got older it didn’t take away from how much I loved the car itself.

On the subject of getting older, what did you first jump into when you were finally able to drive? Did you have a car before the draft? My first was an Expedition, a ’99 Eddie Bauer. I got that my junior year of college cause I went into the draft early and had a little extra money. But growing up we had a Pontiac Grand Prix, and I learned to drive stick on an old S10. We also had an Astro. So moving into that Expedition was nice. I also had an S500 on campus before I was even drafted. I still have both of them in my garage in Virginia for sentimental value.

That’s cool, but you have more cars put away for memories than some guys have in their whole fleet. How do you go from one or two to the seven you regularly drive now? I just like to keep up with what’s new and hot, you know? But I buy cars to use them. When I was drafted by the Cardinals, I bought an H1 Hummer for out in the desert. I had the PIAA lights, the crash bar and all, and she stayed dirty. But I needed a convertible so I got the 355 Spider, which was purple, and a Vette. Then came a Bentley, a G-Wagen and an Aston Martin DB7 but that one was too small. I loved it though, so that’s what led me to go out and buy the Vanquish.

So it’s never been like a checklist for you then? You just see a car you dig and move? Yeah it’s kinda like that. Eventually I got to a point where I was like “Yeah, I want that car and that car in my collection.” It kind of got like why you collect different shoes. Some days you want to wear Timberlands or Guccis, other days it’s Jordans or Air Force 1s. Like my Ferrari now, I bought that while I was still in Chicago. I said if we made the Super Bowl, I’d paint it “Chicago Bear Orange.” We made it, so I had my guy do it up.

Which brings us to another interesting aspect of your fleet. Has everything you own been re-sprayed? None of it’s factory? Yeah that’s my thing. When I first started, I was using 310 Motoring in LA cause it was so close to Phoenix. Now, my man Jack at XL Auto of Boca Raton takes care of my color changes. The only ones here that aren’t painted are my Bentley and my Lamborghini.

Is there a story associated with each change-up, or is the Ferrari the only one with a real tale behind it? Nah, I think it’s mainly cause I’m here in Miami. If you come to my house here at night, it kinda looks like a circus. I have lights everywhere, blue, green, red. I love living down here. With the ocean, and all the lights of South Beach, it’s so tropical—and I wanted to carry that over to my cars. My friends come down here and say my garage looks like a bag of Skittles, and I love it. It’s all about having fun.

Skittles, hah. And your favorite flavor is? I don’t know if I have a favorite, but I drive the Bentley the most just because I can get in it and go. The rest draw so much attention that you have to be in the mood to deal with it. Even on South Beach, the different colors really stand out. The Lamborghini though is just such a man’s car. It’s so powerful and fast, but smooth too.

Ok well some rough math tells us you have over 3,000hp in your garage. Smooth as they might be, all that has to have gotten you in some trouble. Surprisingly, they haven’t. I used to have a Viper that I fishtailed with my brother Julius in the car. That was scary, and I sold it a few weeks later. But I’ve stayed out of trouble and haven’t gotten any tickets.

Well with football and now a record label, you must not have much time to. How’d the latter come about? Like cars, I’ve always loved music. There wasn’t much of a hip-hop station where I lived, so I came to appreciate many different types. It’s another passion and something I can continue with when football’s over. Right now I’m working with a rapper T-Tone from Columbus, Ohio, and a singer, Myko Slim, from Atlanta. I think I still have a couple good years left on the field, but this is something I love that I can get into when the game is done.

Until then, your cars must see some downtime now and then. Have any of your artists asked to borrow one yet? [Laughs!] Nah. But I’m not a selfish dude with my cars. They’re here for fun, and if you come to Miami and we’re cool, we’re taking something out. Besides, four out of my seven cars here are paddle-shift, and they don’t know how to drive ’em!