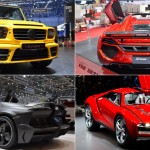 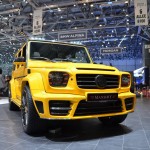 If you want subtle, look elsewhere. If you want a yellow G-Class with beefy carbon fiber body work, 23″ rims, and 830 horsepower, you want the Mansory Gronos. 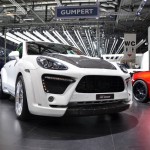 FAB Design’s Cayenne Emperor II isn’t based on a Cayenne Turbo like you might think—it actually packs a diesel But with a widebody kit and a 0-60 time of less than 5.4 seconds, this is one deez we’d be down for. 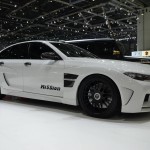 The Hamann M5 Mi5Sion has a forgettably dumb name, but a widebody BMW M5 is nothin’ to laugh at. 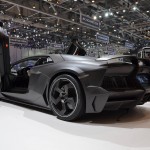 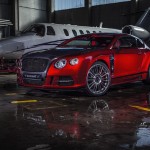 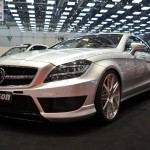 Carlsson is one of the more low-key Benz tuners out there, and their CK63 RSR sticks to the formula. Outside, the changes are few, but the 5.5L twin-turbo V8 has been boosted to 691 hp and 738 lb-ft and an exclusive leather interior. 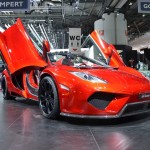 The FAB Design Terso 12C Spider is a different take on McLaren’s 12C ‘vert, one equipped with a body kit guaranteed to set this Mac apart from your “average” supercar. But only 10’ll be built, so if you got the money, order now! 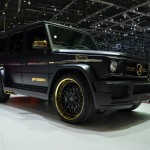 G-Wagens are always hot, even in Europe, so it’s no surprise there were a lot of them at Geneva. Hamann’s Spyridon Mercedes-Benz G 65 AMG not only packs 693 hp, it also wears special paint that glows when a current runs through it. Dope! 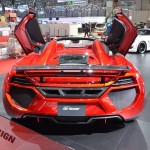 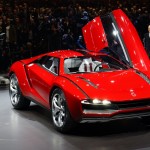 ItalDesign is part of the VW Group now, which means they have access to the VW GRoup parts bin—so, say, building an off-road coupe on a Lamborghini Gallardo platform, like they did with this Parkour concept, is cake. It packs a 542 hp V10 and tops out at 199 mph. 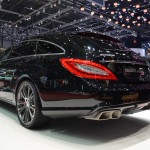 We love the Benz CLS63 AMG, so we’re pissed we can’t get the wagon version here in America. The Brabus B63S-730—which bumps power to 720 hp and 785 lb-ft—just makes the craving worse. 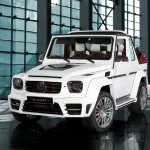 You can only cop a G-Wagen in four-door form in the U.S., but elsewhere you can grab one with two doors and a partial drop-top. That’s the version Mansory turned into the G Speranza Cabrio. It packs 24″ rims, a ton of carbon fiber, and a 691 hp, 664 lb-ft V8. 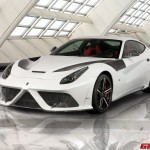 The Mansory Stallone, however, is a waste of a perfectly good Ferrari F12berlinetta.

The Geneva Motor Show this year played host to some of the wildest new supercars ever seen—monsters like the Ferrari LaFerrari, McLaren P1 and Lamborghini Veneno. But Geneva also is a favorite show for many of Europe’s biggest tuning houses and modification shops, who bring their newest rides to the show in hopes that the assembled millionaires and media might catch a glimpse of their hotness while running between Paganis and Porsches. [Shout-out to our partners at GTSpirit for many of the pics!]

Also, if you like what you see here, check out the next issue of RIDES for a lot more hot custom luxury cars!