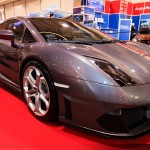 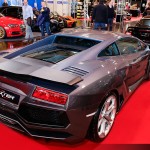 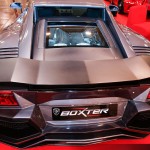 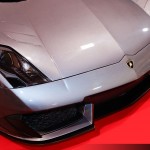 As we mentioned last week, the Lamborghini Gallardo is on its way out. Its replacement, which should be faster, more powerful and look more like the Aventador, should make its world debut on December 20th, with cars reaching the streets six months to one year later. But if you can’t wait that long—’cause let’s not lie, if you’re not already on the list for the Gallardo replacement, you’re gonna be waiting a lot longer than one year—you could always consider the Boxter Gallardo SE700 seen here.

Polish tuning firm Boxter—not to be confused with the Porsche Boxster—crafted a body kit that turns the current Lamborghini Gallardo into a whip with much more in common with the Aventador—at least in looks. New front and rear faschiae have been crafted, and the Boxter SE700 Gallardo also scores a wider rear body with additional vents for a flashier look. The wheels are legit Aventador units, and the 5.2 liter V10 has been jacked up to 700 horsepower, so this little bull equals its big bro on the dyno.

If you have a Gallardo and want Boxter to give it this treatment, it’ll cost you about $60,000—and that doesn’t even include the engine mods. Now, we’d probably pass at that price, but that’s the great thing about style—everybody’s got their own definition of it. What do you think? [Shout-out to Lambocars.com!]