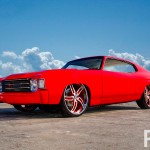 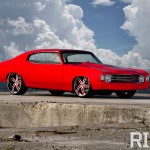 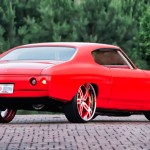 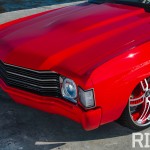 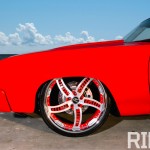 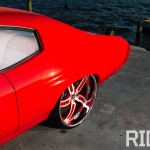 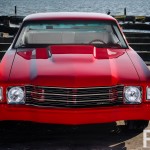 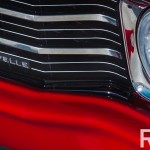 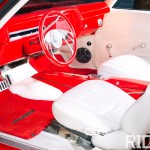 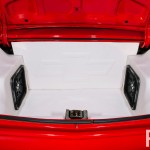 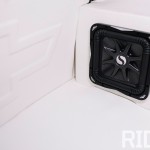 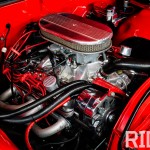 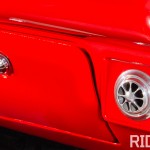 Building an old-school from the ground up can be monumentally expensive, and typically, whatever you think you’re going to spend on a project build, you might as well triple it from the jump. But there is a way around dropping six figures in a custom muscle car and still getting the ride of your dreams.

If time is of the essence, you have a strict budget or you’re perfectly fine with remixing someone else’s ride, purchasing a prebuilt vehicle is certainly an attractive option. The only caveat to this method is that if you don’t know what you’re looking for and don’t purchase from a reputable seller, you could be throwing money out the window. Thankfully, Jamal Pittman of Hattiesburg, Mississippi, kept his ear to the street until the perfect prospect popped up, and he scooped it in a hurry.

Jamal started his quest for his next ride in late 2014, and his search was narrowed down to the classic Chevelle. “When I was small, my dad had a ’70,” says Jamal. “Before he left for the Marines, it was the car I always wanted.” In addition to paying homage to his family tradition, Jamal yearned to stand out amongst other custom old-schools in his vicinity. “A lot of people around me are doing Donks,” explains Jamal. “Nobody has a Chevelle where I live.”

So the hunt was on to find the perfect candidate, which he found in October 2014. And even though Jamal claims he is far from impatient, he couldn’t wait to be riding in an old-school muscle car, so the best option for him was to locate something already completed. “It wasn’t about saving money, and I’m not impatient at all,” proclaims Jamal. “But I just really wasn’t trying to wait a whole two years to build one.” Fortunately, Jamal stumbled upon a gem that had been previously purchased at the world-famous Barrett-Jackson auction in Scottsdale, Arizona. And even though Jamal liked the car enough to cut the check, he felt it still needed a lot to be cruise worthy. “When I first saw it, it was more of a lowrider look to me and didn’t look like it does now,” says Jamal. “As soon as my wife saw it, she said, ‘You gotta buy this car.’” Of course, Jamal did as he was told, copped the cherry Chevelle and started the process of making it his own.

The primary aesthetic variation from when it was on the Barrett block is the new set of shoes. Jamal mounted up a set of Amani Forged wheels from the Sandman Design series—22×9 in the front and 24×10 out back. As for why he went with the fresher, bolder rolling gear, Jamal simply coveted being a trendsetter. “I had never seen anything like them,” says Jamal. “They have that upscale look.” In addition to the new rims, Jamal also added a custom audio system consisting of Hertz Speakers, JL Audio amplifiers and Kicker subwoofers. He also revamped the air suspension, upgrading to digital air ride amongst other things.

Now that the Chevelle meets his standards, the only upgrade Jamal foresees in the near future is upgrading to an LS7 under the hood this winter. Outside of that, he’ll continue to cruise the bayou in his Barrett-Jackson-worthy muscle car.