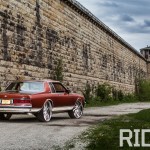 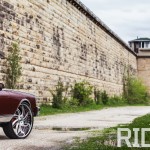 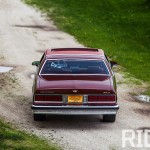 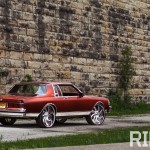 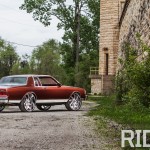 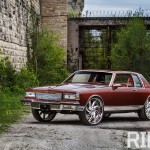 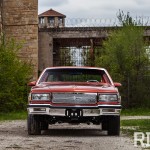 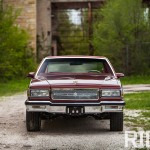 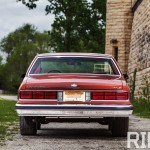 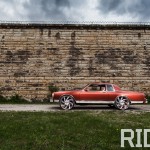 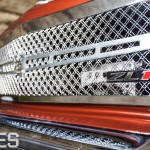 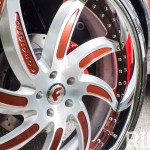 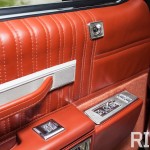 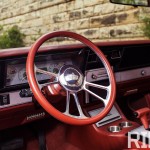 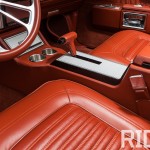 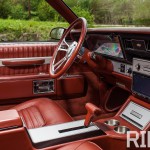 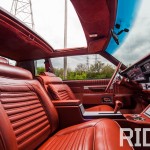 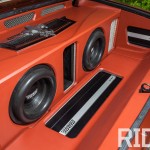 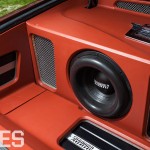 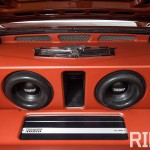 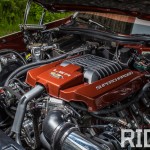 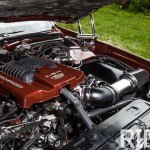 The pitfall of building a game-changing ride in the big-rim arena is that if you construct a masterpiece that transcends the genre, you’ll find that you’ve essentially placed your whip out of bounds and in another game altogether. But with the time, money and labor invested in this ride, sitting alone at the top is a good kind of problem to have.

Jason Williams, Illinois native and owner of 815 Motoring, began customizing vehicles in the late ’90s and has always had an affinity for the box Caprice, having owned more than 30 (yes, 30) of them to date. In owning so many of the same type of vehicle, Jason has acquired a deep understanding of the box Chevy in addition to amassing quite a collection of NOS parts. This time around, he chose a two-door Landau as his platform, and, in particular, the 1987 model. “This one had to be an ’87,” explains Jason. “It was the last year they made a two-door Caprice, and they only made about 3,100 of them.” In addition to locating the 1987 model, he chose the Landau trim, which is considered the top of the food chain when it comes to the box Chevy. “The Landau is basically the Fleetwood of Chevys,” says Jason. “It has power everything, all the chrome and the vinyl quarter top. It’s like the apex of the box Chevy.”

As the build began to gain momentum, Jason decided to throw all his cards on the table and go for gold. “During the process of building the car, I decided to try and build the best box Chevy ever,” proclaims Jason, “one that you can actually drive on the highway — not just a show car — and be the best of all the different genres in one car.” To meet his self-imposed lofty expectations, Jason broke down his lavish Landau for a complete frame-off restoration all in-house at his shop, 815 Motoring, in Crest Hill, Illinois. The build was tackled as if it were a pro-touring ’69 Camaro, beginning with the rolling chassis and adding adjustable coilovers, tubular A-arms and Wilwood big brakes.

While the body was off the frame, the Caprice was sprayed from belly to firewall in a seductive chocolate hue that hints at custom while straying far from gaudy. “I originally wanted to do black,” says Jason, “but I was scrolling online and saw a Bentley that was this color, and it matched the interior color I wanted to do, so I went with it.” He continues, “I thought it would be different but not too loud; custom and subtle at the same time.”

As if the frame-off treatment didn’t sway your vote for this box Chevy acquiring the top spot, the power plant should certainly seal the deal. After months of toying with different drivetrain combinations, Jason decided to shake things up and cop the entire drivetrain from a fifth-generation ZL1 Camaro, which happens to have a supercharged LSA motor and six-speed transmission. Sticking with his show-and-go philosophy, this new-age power train coupled with the pro-touring suspension helped propel Jason and his capable Caprice down the quarter-mile drag strip at an astonishing 12.37—and that was on his staggered 26-inch Forgiatos and Pirelli tires.

With all of the proper ingredients, Jason constructed a Caprice that has set the bar so high in the box Chevy game, he ultimately put himself on another level that probably won’t be reached again anytime soon. “Some people say I did all the right stuff to the wrong car,” he says. If that’s the case, Jason, we don’t wanna be right.