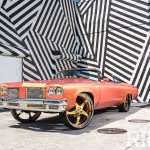 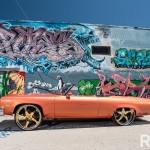 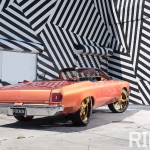 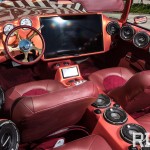 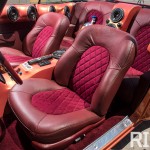 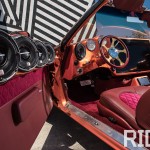 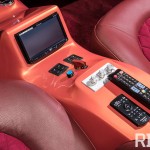 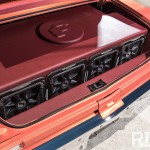 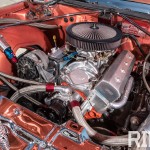 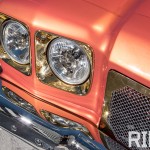 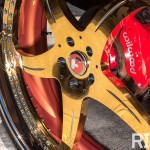 Home-court advantage is a very real thing, and the statistics are there to back it up. However, every once in a while, the visiting team beats the odds and ends up victorious on their opponent’s own turf. Such is the case with this Delta 88, hailing from South Carolina and earning the top spot in Florida’s own game.

Cars have fascinated brothers Maurice and Chaz, born and raised in South Carolina, since early childhood. And as they got older, they both shared the enjoyment of customizing them. Along the East Coast, though, there isn’t anywhere with deeper roots in custom-car culture than Florida, which is where the two brothers vacationed and took time off. “The whole inspiration behind doing this Delta was pretty much going back and forth down to Miami, and seeing everything that’s out there on the street,” explains Chaz. “And we were thinkin’ we could do something like that too—but do it better.”

They brought this inspiration home with them and started their new build by hauling the whip to Justin at Monkey Biz Automotive in Charleston to begin boring and stroking the original 396 LT1 motor. Once the motor was up to par, they upgraded the transmission and took the car completely off the frame, replacing everything they could see, changing the suspension and installing new control arms. The drivetrain is so powerful, it depends on race fuel of at least 110 or 112 octane to power the extremely high compression of the motor—which goes to show how stroked out it is.

When it came to choosing the perfect set of wheels, Chaz and Maurice paid close attention to the squat game in Florida. “I’ve seen most cars there squattin,’ but not on 28s or 30s,” Chaz points out. “Mostly everyone was doin’ 26s, so I tried to take it to another level with the 8s—and squattin’ it.” With that said, they copped a set of 18-karat-gold-plated Forgiatos, and they even plated the Forgiato front grille with 18-karat gold to match. As for the paint job, the brothers concocted a secret recipe they’ll take to the grave. The only hint they offer is that it’s made from mixing specific colors of Outrageous paint and currently remains nameless.

The interior work was put in the hands of Rob at Sound Solutions of Charleston for the full-fiberglass installation, and they opted for a 40-speaker sound system and bucket seats separated by a continuous center console that extends from front to back.

After two years in the making, it was finally ready to be seen by the Florida scene, so the two brothers set off for their first car show in Florida, ForgiatoFest 2014. Very impressively, but not so surprisingly, the Delta 88 was awarded Best Convertible up against the toughest competition in Florida, including some of the world’s nicest Donk ’verts. And they did it on Florida’s own territory.