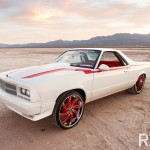 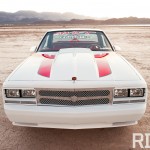 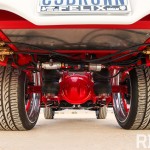 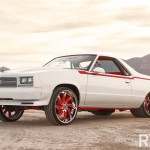 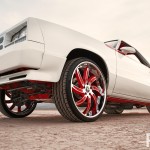 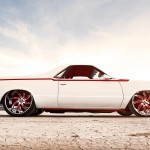 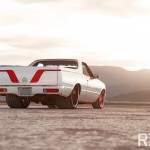 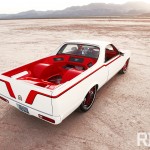 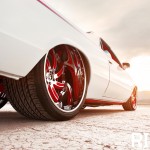 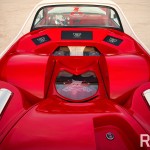 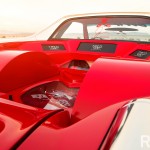 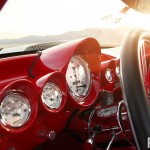 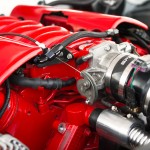 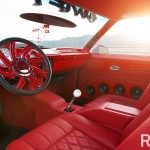 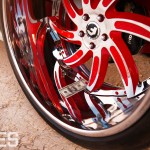 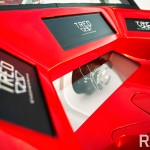 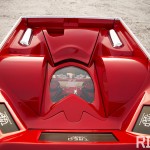 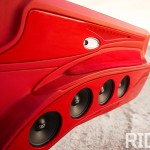 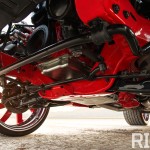 The custom-car world thrives on innovation, and since there are only a few people who build cars that are truly “different” from the rest, the car game advances only when major builds break tradition and set trends. The main obstacle for innovation is making things fit together and work. The owner of this El Camino, CJ, broke the barriers of its design and never let anything prevent him from making it the most innovative Elco yet—further advancing custom-car culture.

CJ’s inspiration for this project sprouted from deep-dish wheels. He knew he wanted to combine his El Camino with 24×15-inch rear rims, and thus his project began. “I bought the wheels first,” CJ recalls, as he wanted to make the car fit the wheels instead of the other way around. After putting in an order for Forgiato Azionis, he set out to find an engine for it. He attended a car auction and bought a 1999 Camaro Z28 for roughly $3,300, removed the LS1 motor and transmission, then sold what was remaining of the car for $1,700. After installing the six-speed manual transmission and LS1 engine in his ’87 Elco, he was off to a tremendous start, turning it into something never done before.

The Elco was restored from the frame up and tubbed to make the 24x15s fit in the rear. The frame is entirely powder-coated red, and CJ had a Ford nine-inch rear end with posi-traction installed to carry the massive wheels. The entire car is hardlined with tubular stainless steel lines throughout the frame, as well.

The bed of the vehicle is heavily modified yet fits together seamlessly. CJ had the floor completely cut out and put a box under it to make two 15-inch subs fit inside. Then he took it to another level by displaying the masterfully crafted undercarriage throughout the bed floor. “I wanted to be able to look through to the ground, through plexiglass that would be lit up, to show all the work underneath the car,” he explains. “You can see the backside of those deep wheels I got, just to see the framework.”

One thing CJ is particularly proud of is his idea for the dashboard. “I wanted a metal dashboard in the car. I didn’t like those old box dashboards they did in the ’80s. I’ve always liked that ’59 Impala dash,” he says. Not many people are brave enough to make things like a six-speed transmission and metal dashboard fit in an ’87 El Camino, but CJ never settled for the “that won’t fit” mentality. He kept going for the win from start to finish. The final result is a single ride that propels the entire custom-car game forward with its innovative concepts and ideas.