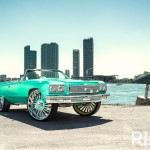 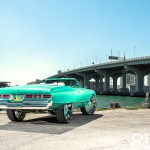 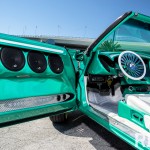 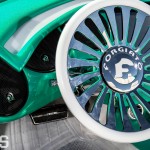 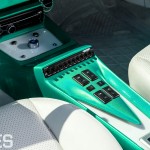 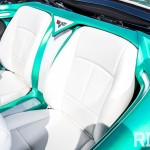 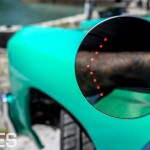 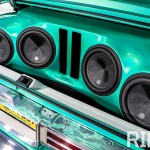 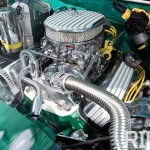 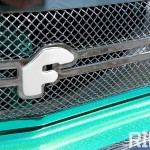 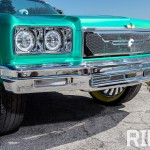 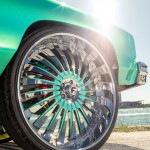 The time-tested adage “You only get one chance to make a first impression” holds especially true in the custom-car world. With the speed at which new companies or products are introduced via social media outlets, dropping the ball on the initial unveiling can ultimately be a death sentence. When starting their new facility, Shop Lyfe, owners Daniel Slattery and David Underwood were well aware of this quandary and made sure their first showing would at least get them in the conversation.

The story of this ’75 Caprice convertible goes back roughly nine years, when Dan Slattery had just completed his ’vert. “I took it to Daytona in 2005 for the first time for spring break,” explains Dan. “It was stolen the same night I brought it out.” He continues, “We eventually found it in Miami 15 days later, completely stripped.” Thus began a rebuilding process for the car that, due to unforeseen setbacks, took much longer than expected. Roughly three years later, Dan was back on his feet working at a local Ocala, Florida, shop known for its custom old-schools. There he combined new fiberglassing techniques learned on the job with automotive values bestowed upon him by his father. “My dad painted cars his whole life,” explains Dan. “He used to put his name on the back of every car he did, and I wanted to be able to do the same. If I’m gonna put my name on it, it’s gotta be perfect.” With that sentiment in mind, Dan eventually left to begin his new venture, Shop Lyfe. And instead of slowly creeping on the scene, Dan and David chose to come swinging for the fences. “The goal was for it to stick out,” says Dan. “It had to get a good name for our shop to start off on the right foot.”

One of the most notable attributes of the stunning convertible is the exclusive paint job, which is not only rare but also impossible to re-create thanks to Uncle Sam. “You can’t buy this paint anymore in the U.S., because it’s part of the U.S. currency now,” explains Dan. The rare hue, Outrageous Finishes’ SpectraFlair green, could only be found in the U.K., and once Dan located a solid connect for it, he stockpiled all he could. “The first time, I bought 16 pints, and then I needed more,” says Dan. “I ended up buying 12 more pints after that. If I even get into a little accident, I’ll have to repaint the whole car.” On top of the mesmerizing hue, the car’s technology is unsurpassed. With a full-blown computer system and state-of-the-art ignition technology, not only does this Donk look space-age, it backs it up with innovations Steve Jobs would be proud of. “It has the Internet, more than 1,000 movies and even Photoshop on it,” explains Dan. “It also has fingerprint technology to start the car, and the alarm system is set up so that it takes a satellite image of the car every 30 minutes.”

Since its initial unveiling mere months ago, the Shop Lyfe convertible has done more damage on the custom-car scene in a few short months than most cars do in years. Earning Best Old-School honors at its first show, Forgiato Fest in Miami, it has since gone on to win Best of Show at Lil Boosie’s car show in Orlando and even took top honors at Stuntfest in Atlanta. As for the future, Dan and David plan on continuing to show off their pride and joy at more shows across the South this summer, further beating their chests and repping their shop in hopes that it will continue a long lineage of comparable Donks to follow.