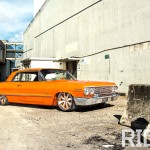 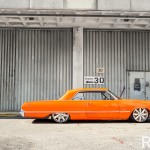 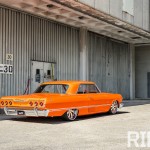 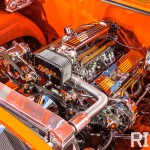 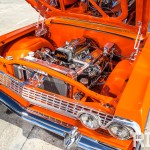 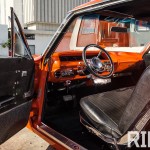 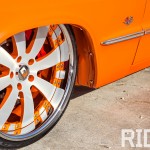 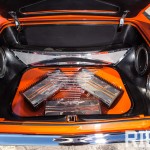 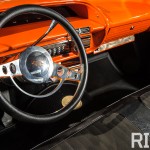 Seven years ago, very few South Florida custom old-schools were receiving the frame-off rotisserie treatment like the West Coast Lowriders. But that didn’t prevent whip-game visionary Freddy Pena from kick-starting a trend on the East Coast that even today is still in its infant stages.

In 2007 Freddy, owner of BTS Customs (formerly Bowtie South), had a customer who yearned for a frame-off, Lamborghini-orange Lowrider that could compete with any low-low across the country. Hoping to shake things up a bit, Freddy convinced his customer to take it a different route. “We were going to do hydros and 13s, but I wanted to get away from that, and I thought this was a good opportunity to switch over,” explains Freddy. “I wanted to build a street-rod-type car.” At the time, Freddy was known for building Lowriders, and he virtually applied the identical formula to this ’63 Impala with a few minor adjustments. “We got started building Lowriders,” he explains. “We used to go out west to Lowrider shows, take little things they were doing and apply them to our builds but put our touch on it.”

Over the nine-month build process, everything on the Impala was revamped and/or upgraded, adding air bags as opposed to hydraulics, chroming the entire suspension and getting it current with convenience features like power windows and power seats. Being a rotisserie car, everything that would ultimately go unseen received the same attention as the parts that would. “The car is as perfect underneath as it is on top,” proclaims Freddy.

Upon initial completion, the car’s then-owner was so impressed by the result, he turned wary of ever driving such a masterpiece on the road. “The owner wasn’t expecting it to turn out like this,” explains Freddy. “He was scared of the car; he never took it from the shop, and we were scared to move it or drive it around, so we just put it up.” It was at this point that arguably the cleanest “Lowrod” on the East Coast would go into hiding for years, rarely ever poking its chrome nose out to bask in the South Florida sun. A potential game changer sat still as those around it slowly attempted to catch up to something completed years ago. Eventually, the sun-kissed ’63’s owner worked out a deal with Freddy to sell the car to him in exchange for building something a bit more subtle.

Within the last year, Freddy decided to bring the Chevy out of hiding, updating a few items and eventually doing what the car was meant to do: drive. “We upgraded the brakes, redid the wheels and the stereo,” explains Freddy. “We updated it to make it more the way I would have done it today.” He continues, “Even though the car was still fresh, to us it was old.” Since its recent refurbishment, Freddy has been hitting the streets more often and plans on letting the rest of the world get a peek. “When I’m driving it, the response from people is as if the car came out yesterday,” explains Freddy. “That’s surprising and impressive, seeing