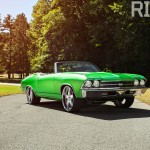 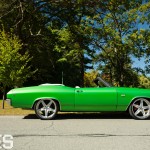 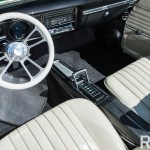 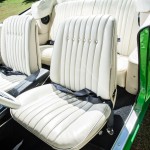 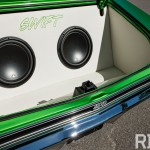 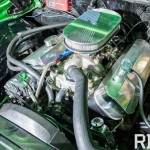 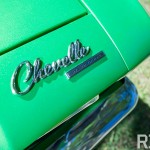 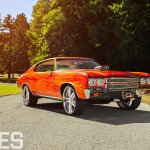 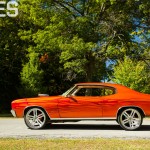 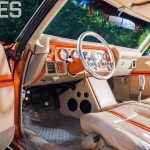 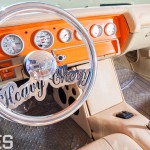 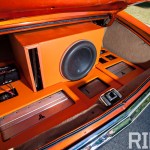 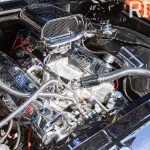 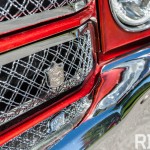 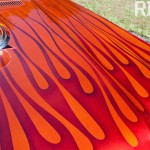 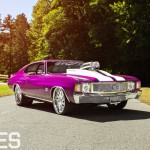 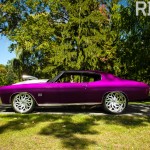 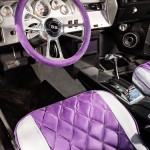 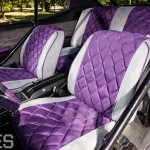 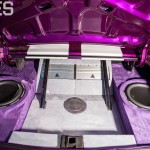 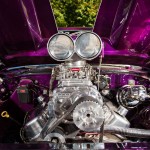 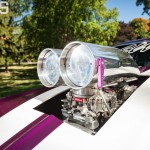 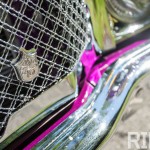 Born and raised in the Albany, New York, area, owner Dre has amassed a garage that reads like a response to fellow Dre’s question from the Chronic 2001: “What’s the difference between me and you?” One ’95 Impala SS, one ’87 Monte Carlo, one ’72 Nova and three drastically different Chevrolet Chevelles.

Dre caught the Chevy bug at an early age and hasn’t looked back. “I got into Chevelles through a cousin of mine,” says Dre. “He was into old-schools when I was younger.” Hooked on Chevelles, his first Chevy was actually a ’95 Impala SS, back in 2000. A full five years would go by before he copped his first “big ticket” Chevy, the orange 1970 Chevelle SS, and it wasn’t until this year that he decided it was time to triple his fleet of Chevelles, adding the purple ’72 and green ’69.

All three had been worked on when he got them, but to Dre they are never finished, as is the case with his favorite, the 1970. “When I got it, it had some work done already,” Dre recalls. “It wasn’t the way it is now…I’ve changed the wheels four times, and I’ve been through four motors. I started with a 383 in there; then I went up to a 454. I ended up going bigger over time. I ended up pulling that and doing a 468, and now it has a 505—about 700 horse[power].”

A car guy at heart, it wasn’t about just owning a few Chevelles or adding a system and paint and calling it a day; Dre had certain expectations for each. “I’d been looking for a tub Chevelle for a long time so I could do the 24×15 [rear wheels],” he says. “I found that one. It was really nice, it had that paint. I got it and redid the interior, redid the music. I did the wheels. I went all through the motor and did some upgrades to get that workin’ right.” The motor overhaul has it producing more than 1,000hp from the supercharged 502.

The green ’vert is driven more by his girlfriend than himself, but that didn’t mean he was gonna skimp on the power, with it topping out at more than 550hp. “They all run pretty good,” Dre says with a laugh. He later reiterates, “You know I like music, and I can’t just ride with no music. But if the car’s not running, I don’t want it.” Not only are Dre’s three Chevelle’s running, but like Chevy, he’s running deep.