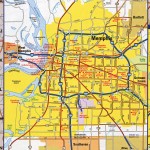 SATURDAY, 2:33AM DOWNTOWN: Posted up in a dark alley off Poplar Avenue with my counterpart and one-man security force, Jayo, we wait. The dim amber glow of the streetlights reflects off a bright flash of yellow, which continues to race down the block in our direction. The unofficial welcome party has arrived. Simply signaled to follow, we are on our way. Dashing across trolley track–laden pavement, the mustard Bimmer on 26s swerves around the shoddy concrete like a NASCAR on a road course. We do our very best to keep up. Hello, Memphis. Our destination is a car wash on Union Avenue, where a gathering of two dozen hood-hot whips has congregated in anticipation of our arrival. After brief introductions, extra-large helpings of local flavor are dished out through glorified tales of the Blue Crush police squad and commentary on how A&E’s homicide reality show, The First 48, is filmed here. The talk feeds paranoia and suspicions that local PD will shut down our spot, so we hit the streets. Riding 10 cars deep, the high-speed stuntin’ and disregarded stoplights do nothing to cloak our presence, but it’s to be expected. Reaching our destination, a desolate parking lot similar to our first area, we congregate for another 30 minutes before deciding to call it a night. It’s 4:15 a.m. 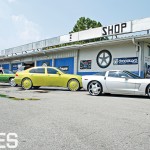 SATURDAY, 12:30PM EAST MEMPHIS: News of RIDES being in town has apparently got the city buzzin’—it’s evident from our barrage of missed calls and texts. Lethargically, we make our way to Chili’s to meet up with our photographer, chow down on some burgers and get ready for a day of shooting. (Corvette on the far right belonged to Young Buck.) 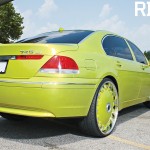 SATURDAY, 2:09PM NORTH MEMPHIS: Déjà vu. The first whip on site is the yellow Bimmer, gleaming under the 105-degree sun. Leo, the shop’s owner, is close by with his candied 745. Wondering how “the ultimate driving machine” handles on its 26s, we ask—and Leo jokingly replies. “It rides likes shit, but who cares?” 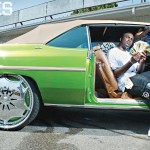 I give the manager, Ed, a pound as he backs his candy-green ’75 convertible Donk on floaters out of the bay. Its sweet-sounding, lumpy cam harmonizes with the throaty exhaust, giving me goose bumps. Out front sits rapper Young Buck’s Corvette. It’s time for us to get started. 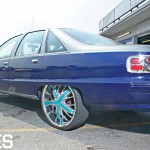 A B-Body at The Tire Shop of Memphis 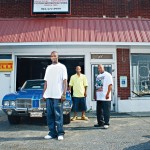 SATURDAY, 4:47PM DOWNTOWN: House of Dubbz’s crew has been waiting for us. A lineup of feature-worthy rides, including a 2009 Dodge Challenger, sits in the parking lot. They are impressive, but they pale in comparison to what’s inside. Whit, the owner of a show-stopping candy-blue Cutlass, greets us. 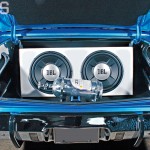 We first notice the subs and nitrous bottle. 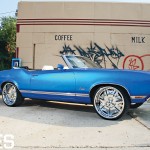 Continuing around the car, we soon forget them upon eyeing the ridiculously staggered Asantis and ferocious 502 BBC under the hood. 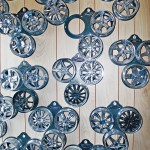 A quick tour divulges the shop’s true nature through a supercharged ’75 Donk, a murdered-out Cutlass and top-secret projects we can’t even disclose. 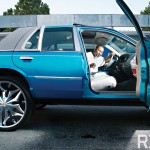 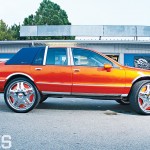 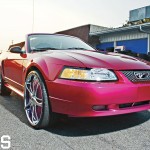 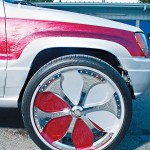 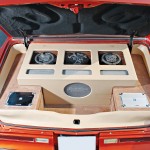 After a brief pit stop in midtown, we eat at Huey’s and head back to North Memphis. 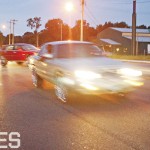 SATURDAY, 6:48PM NORTH MEMPHIS: The temperature has dropped, yet, surprisingly, even more cars have come out. Midwest Street Ryders are also on site, filming for their upcoming DVD. Their owner, Will Bussing, is in the middle of the street dodging Crown Vics, while a gang of stuntin’ Mustangs, Maximas and Mercurys shut down all traffic flow. It’s entertaining, but we still have to set up. “Who wants to be in the mag?” The question rapidly refocuses the attention of all around. Worked to near heat exhaustion, our photographer puts his camera up for the night. We take the opportunity to soak up the entire experience of Memphis. Off to the ’telly, we clean up and hit Beale Street to check out the nightlife. Pics? Use your imagination. 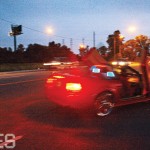 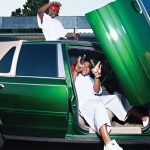 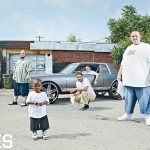 SUNDAY, 12:04PM NORTH MEMPHIS: IHOP and extra-strength Advil do little to quiet the monster from last night’s festivities. But it’s time to meet up with Paul and Big Charlie—both of whom we met the day prior. Traveling from one side of town to the other exposes a scent of the old South, as we roll past plantation-style manors on properly groomed roads. Snapped back to reality, we pass through the hood of 8Ball and MJG, Orange Mound. Big Charlie and crew are on Hollywood Street. Paul’s Malibu and Charlie’s OG Landau Box pose for their 15 seconds of fame. We continue to roast in the sun. Memphis in July is brutal! 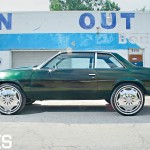 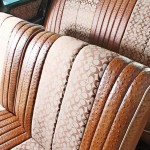 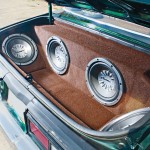 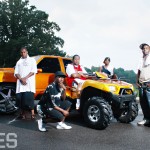 SUNDAY, 3:48PM SOUTH MEMPHIS: Every city has a park dedicated to the late Martin Luther King Jr. In Memphis, it’s where folks converge from all over town to flaunt their whips. A brief drizzle temporarily thwarts the attendance, but the sun doesn’t stay hidden for long. The diversity is unlike anywhere else, with crews of ’90s LS 400s, runnin’ old-schools and candy trucks alike. Memphis’ loudest street truck packed with eleven 12-inch (you guessed it) Memphis-brand subwoofers shows up with its matching four-wheeler. As the sun sets, the scene grows. We’re losing light, so it’s time to pack up the cameras and head out. Memphis showed us love and, in turn, we reciprocate.