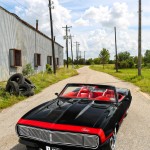 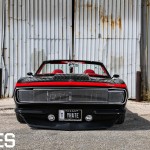 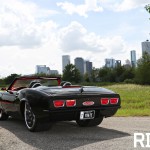 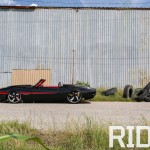 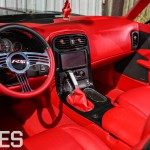 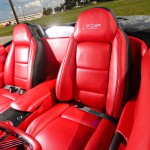 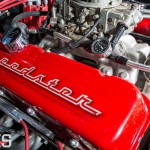 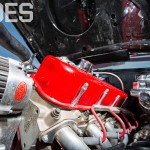 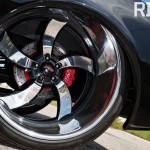 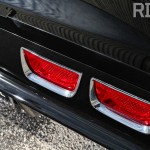 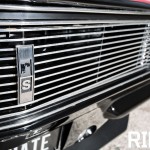 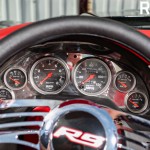 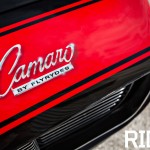 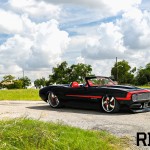 Stepping foot past an unassuming wrought-iron gate, several things jump out at you from the get-go: cars strewn about as far as the eye can see, a barbecue spit that can house a horse, and a Chamillionaire logo, which adorns part of the fencing, paying tribute to the influential rapper and part owner. Fly Rydes Kustom Toyz’s shop sits outside of Houston, Texas. It wouldn’t be the obvious place for a show-winning, breathtaking, one-off Chevrolet Camaro. But once you turn the corner into the massive 28,000-square-foot shop, the black and tubbed ’68 beauty, nicknamed “Speedster,” is a diamond in the rough, just waiting to soak up the sweltering midday sun of rural Texas.

Ernest Lowery, co-owner at Fly Rydes, is an imposing man. Roughly 6-foot-6 in height and easily pushing 250 pounds, he has—if not for his Southern gentleman demeanor—a presence that would persuade you to think twice about wandering into the shop unannounced. He towers over the Camaro, which now more than ever looks like a toy compared to the fifth-generation Camaros we’ve grown so used to, thanks mainly to a custom air-ride suspension that focuses the aspect ratio to a greater degree.

The car you see here was traded for a completely unrestored yet factory clean ’67 Camaro, while Ernest says at the time this ’68 looked like a “basket case.” It was completely rotted out and in need of some TLC, so Ernest began ordering parts. “I had sold another Camaro a few years ago, and when it was pulling out of the gate my [now] wife came and said, ‘You sold that car!’ So I said, ‘Don’t worry about it, I’ll build you one,’ and that’s how I ended up getting that Camaro—to build for her,” Ernest sincerely admits. “I wanted to have it sitting outside the church when we came out [of our wedding].”

Sourcing key parts—Corvette Z06 door panels, a BMW Z4 third brake light and Cadillac XLR bucket seats—required trips to the wrecking yard in order to piece together this collaboration of high-end donors. “I go to wrecking yards like people go to pawn shops,” says Ernest. With the figurative wheels in motion, the Camaro began a transformation from the early prototype drawings to the metalwork needed to make the vision a reality. Ernest explains the process from imagination to reality: “[Ronnie Braggs] has been drawing for me for the past seven to eight years. He brings my thoughts to life. It’s really valuable for me, and I appreciate and love him for that. Every time I build a car for a customer, I let him draw it first so they can see it. A lot of people don’t have imaginations.”

Once it came time for the metalwork, Ernest called his friend Bill at Ekstensive Metal Works and his other longtime buddy, Walter—who sat back and told Ernest to dream of what he wanted, and he would make it come to life. Over at Ekstensive, Bill made sure to include some of his own fantasy in the Camaro. The 19-inch TV in the rear was his idea, and the shapes around it are all metal. “I didn’t want the TV,” Ernest states. “Bill was like, ‘Put in the TV.’ Then I asked, ‘What if it rains?’ and Bill said, ‘Put a towel over it.’ ‘What about the sun?’ ‘Put a towel over it.’”

In order to get that mythical, deep black shine that many black cars fail to reproduce, Ernest says he sprayed the Camaro more times than one would imagine: 13 coats of clear make sure that this PPG black with Viper red striped Camaro looks good under lights, sun or stars.

Though the car didn’t make their wedding day two years ago, the Camaro is now near completion, with only some bugs to be worked out before Ernest’s wife can fully enjoy it. But as Ernest says of the mighty Camaro, “It’s not just my project; it’s not just my car. We all working on this together.”