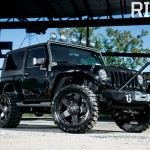 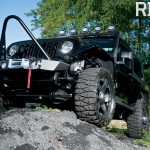 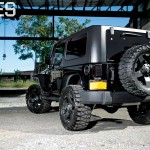 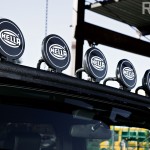 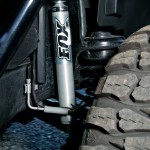 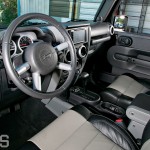 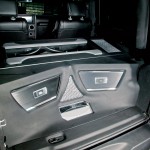 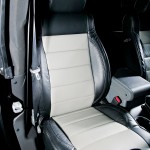 In the realm of automotive magazines, photographers rarely get much more than a check and bragging rights. Even a photo credit, printed in some fancy font and color, takes a backseat to its associated job; but not for Andrew Link. After more than a year of murdering covers and features up and down the Eastern seaboard, our RIDES staff photographer decided to step into the spotlight with his Jeep Wrangler build. We still made him take his own pictures, of course.

Starting with a 2010 Sahara edition, Link immediately set his sights skyward. “When we were kids, everyone around me wanted to go fast,” he explains. “I just wanted to drive over stuff.” With that conquering attitude, he grabbed himself a set of 33-inch Nitto Mud Grapplers—providing serious grip thanks to their three-ply polyester sidewalls—and wrapped ’em around 20-inch KMC Rockstar wheels. To ensure the Jeep’s stance would withstand the tremendous toll of off-roading through Staten Island, Fox Racing provided monotube shocks that can accommodate 2.5 to 4 inches of lift, complementing the 2.5-inch Teraflex lift kit also installed.

Instead of tackling the other major modifications down the road, Link decided to make the factory-fresh Wrangler a full-blown build.

For some of the parts tapped, just knowing what purpose they serve requires a considerable understanding of what’s out there. The LoD Signature Series Stinger front bumper looks like something the military might use against insurgents, when, in fact, it provides insurance you won’t end up with all four wheels in the sky when descending steep terrains. “A lot of people are terrified about getting in front of it because of the push bar,” Link says with a laugh. Another lifesaver for out on the trail is the Hella 500ff Black Magic driving lights mounted on the Rugged Ridge light bar, providing an ungodly amount of brightness. And for times when cruising through town might become, let’s say, rushed, a custom police strobe kit was also installed to help “suggest” other motorists get out the way.

Link, an audiophile at heart, had major plans for boosting the on-road prowess, as well. With 2,500 watts of power housed in a custom-made box by Staten Island’s own Mobile Addictions, there’s tons of thunder. Harnessing all the power is a pair of JBL GTO amps with an MS-8 optimizing sound. Heading up the command center is Clarion’s VX400.

So what’s up next for this RIDES sharp-shooter? With the almost 1,000 extra pounds added, a bump in power is a necessity. “I’m seriously going to pursue the Hemi swap,” Link optimistically says. “I think the ones that bolt right up are the 6.1L and 5.7L.” Keep us covered, kid, and shoot—maybe you’ll be able to figure it out!