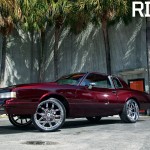 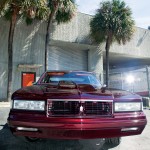 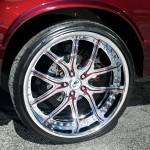 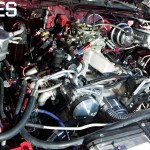 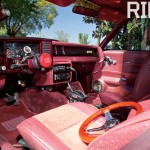 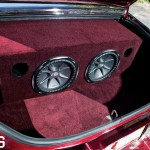 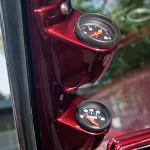 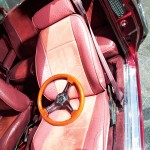 Depending on where you’re from, whom you know or when you were born, your definition of a muscle car can be quite different from the next guy’s. One thing is certain, though: If it’s rear-wheel drive, American-made and has a beast of a motor under the hood, it probably makes the cut.

Miami automotive artist Merv decided for himself that it was time to put together a new ride. Having already owned a Donk that made the cut for a previous RIDES cover (Oct/Nov ’08), he wanted something that was less flash and more dash. “I wanted to put together a runner,” explains Merv. “But I still had to be clean, too.” And having that previous experience, he knew what needed to be done but also where to go in order to get the job done right.
Starting with a popular platform, a G-body Monte Carlo, Merv opted for the LS (luxury sport) instead of the standard SS that is frequently built into a racer. “I don’t like the front end on the SS,” he says. Fortunately, the disparity between the two trim levels is only cosmetic, and the desirable G-body attributes can be found in both trims—light weight and room under the hood for whatever motor you want to drop in.

Jumping on the ever-popular LSx band­wagon, Merv chose a 6.0-liter Escalade motor due to the supply of readily available parts and the potential to produce gobs of horsepower. With the assistance of Berto from B&N Performance in Miami, Merv massaged the engine to the next level. “I did everything you can possibly do to that motor,” he says. “Every last component down to the bolts is a performance upgrade!” In addition to maxing out the motor, he also made sure to incorporate upgraded brakes, a Metco race suspension and a robust TCI transmission.
To put the finishing touches on his Monte, Merv turned to the crew at I-95 Motorsports of Hallandale Beach, Florida. Formerly known as B&C Industries, I-95 is a new collaborative effort between B&C and East Coast Ryders. The gang at I-95 laid down a candy Brandywine paint job, adorning the guts with a suede/ostrich combination and rechroming all of the necessary trim. In addition, they added a three-inch fiberglass cowl hood, steel braided brake lines and fresh weather stripping.

The final facet of Merv’s runner was proper footwear. Having bolted up everything from 20s to 30s on previous rides, he knew the supreme setup for a car built to run. “I don’t need anything bigger than deuces when it’s a runner,” he says. “That’s why I went with the 22-inch Asantis.”

Fifty grand deep, this LS Monte is finally complete, and Merv is comfortable with his status. “I was trying to build some crazy shit that would top everybody else, and I think I did that.”