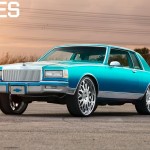 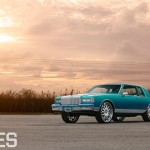 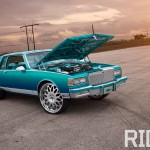 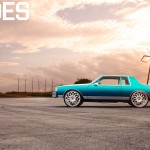 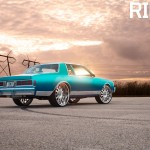 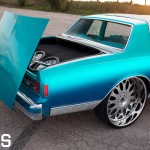 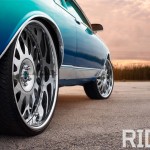 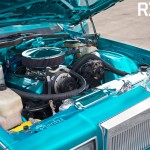 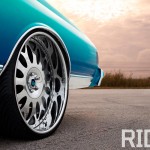 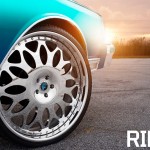 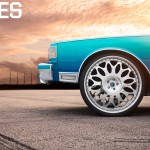 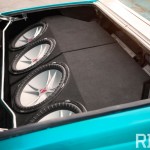 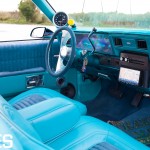 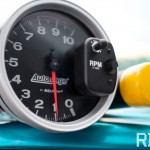 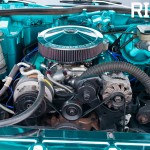 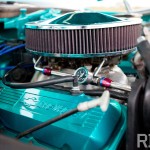 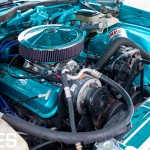 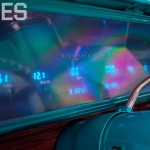 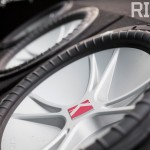 Don’t call it a comeback—really, don’t. The Box Chevy never fell off but has been eclipsed in popularity nationwide over the past few years by its brother, the Donk. However, a resurgence is in the works due in part to Ricky Rozay dropping a track titled “Box Chevy,” but predominantly due to owners like Julio Rojas of Miami.
For Julio’s son Alex, the 1986 Chevy Caprice was more than just a ride to school: “That was the car I was born and raised around,” says Alex. Loyalty runs deep in the car world, so after driving his Caprice for nearly 15 years, Julio didn’t trade in or up, but instead decided to completely customize his “bone stock” Box. Tucking Forgiato Granos, he created a stance to be envied, and by spraying teal candy, it went from daily driver to show car, hitting the circuit and making appearances at Forgiato Fest and East Coast Ryders shows. At each event, it won awards from best motor to best candy.

Julio wanted a color that “stood out,” and the accolades from shows have certainly validated his choice of candy teal. When you pop the hood on the ’86 Box, the best motor award is instantly certified. Packing a 468 big block, completely updated and color matched, the Caprice also features a racing gas tank and Brembo brakes. This Box was built to drive, and drive it he does—to and from shows, as well as practically every day.

The leather and suede interior of Julio’s Chevy is also color matched to the teal exterior and representative of his personality. Keeping it simple and classy maintains the car’s classic look while adding a more modern feel. A 42-inch sunroof opens up to let the Miami sun in on a digital dash, a Kenwood head unit and a modest eight-speaker setup, keeping the inside in line with his “simple” philosophy. In the rear, things are a little less simple with four 15-inch Kicker subs enclosed in a rare suicide trunk.

In Miami, “the Box scene is big,” says Alex, and few Boxes are bigger than Julio’s ’86 Chevy Caprice. Let’s just hope that others follow his lead by revamping classics instead of putting them out to pasture.