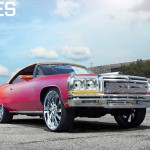 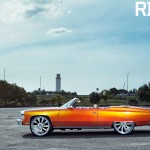 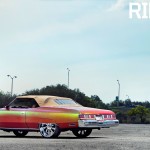 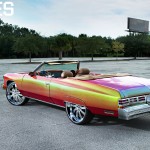 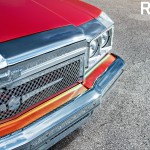 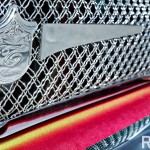 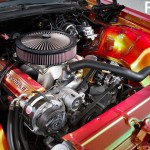 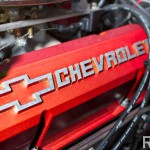 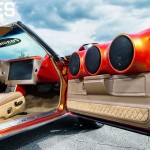 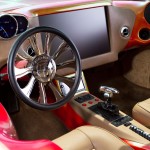 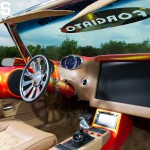 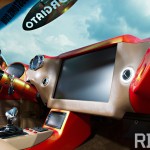 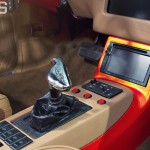 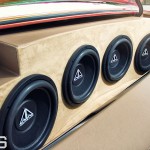 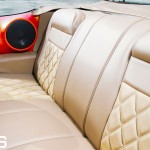 One thing leads to another in life, usually in ways we can’t anticipate. The South Carolina–based owner of this Donk (who prefers to remain anonymous, but we’ll call him Marty) picked up a scent and followed it to find what was at the end of the trail, without really knowing what to expect. When it comes to cars, he loves the classics, and he surely isn’t new to the whip game. He already owned a Box Chevy painted royal blue, but it wasn’t what he truly wanted. “I always wanted a Donk because I already had a Box. And I always wanted a ’vert, man, to ride in the summertime, feel the cool breeze, you know,” Marty recalls. He was on the hunt for a drop-top Donk to replace his Box, so he sold the ’86 Chevy Caprice and found the best of both worlds in this 1975 Caprice. It was exactly what he wanted, both a Donk and a convertible. “I wanted a ’vert like 2 Chainz, to pull up to the scene with the ceiling missin’.” And now that he had it, it was time to personalize it.

First he had to seriously upgrade what was under the hood. He got a 383 Stroker installed with aluminum heads by Air Flow Research. To make sure the whip could handle the 383’s power, he had a 700R4 transmission installed along with a serpentine-belt conversion. Then it was on to the paint shop to get it sprayed Outrageous Amber Gold. Once there were some balls under the hood and a clean paint job, it was time to redo the interior, but that is where the soul of the car lies, so it had to be done right. “I was on YouTube trying to get ideas for my interior, and then 813 came up,” says the Palmetto State owner. He found an interior that was perfect and hoped 813 Customs could duplicate it.

It just so happens, 813 recently launched a line of precast, plug-’n’-play fiberglass interiors (which we covered on rides-mag.com back in October 2012) and had some on deck for this Donk. Thus, the 500-mile road trip from South Carolina to Tampa, Florida, was inevitable. Once there, 813 treated the whip with their own dashboard and interior with power locks and windows, Dakota Digital gauges, a Forgiato Inferno steering wheel and, of course, Forgiato Inferno rims to match. They also loaded the whip with a sound system consisting of Addictive Audio and Krome Audio parts.

Now the project is complete, and the owner is 100 percent content with the outcome. It just goes to show, when you’re onto something, follow the trail and see where it ends.