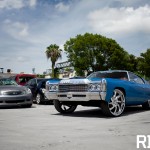 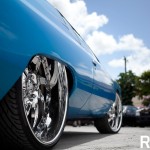 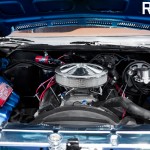 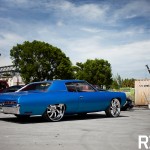 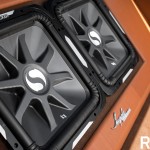 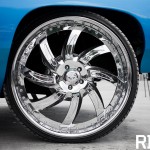 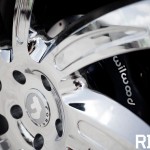 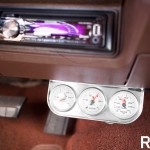 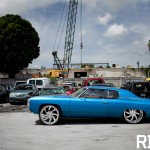 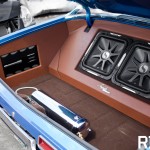 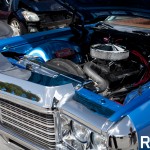 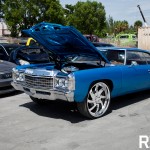 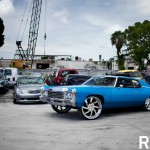 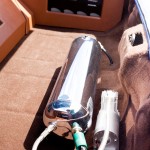 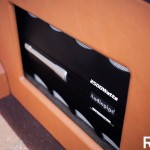 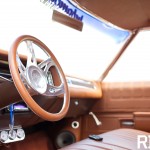 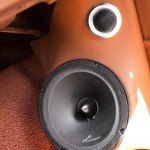 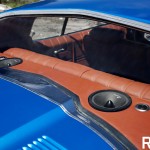 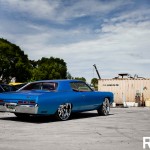 Custom old-school owners borrowing aesthetic cues from high-end luxury whips is nothing new. And for good reason: A high-end vehicle is an excellent source of inspiration given that a team of engineers and designers spent hundreds—sometimes thousands—of man-hours perfecting attractive combinations and exotic arrangements that mesh perfectly together. This ’71 Impala borrowed its scheme from a Bentley Continental GT, adopting the signature Bentley Neptune Blue pigment as well as the earthy Newmarket Tan guts. The result is undeniable and certainly puts any typical old-school in a different tax bracket.

Roughly two years ago, the journey began for this impeccable Impala, whose owner, Robert, has dubbed it “Blue Dream.” In addition to the staggered, all-chrome Forgiatos, what initially grabs your attention is the lavish hue seldom seen on a heavy Chevy. Yet what really sets off the exterior of this divine Donk is its impressive, squatted stance that’s achieved by its custom air-bag suspension setup. “The car sat low before but rubbed a lot,” explains Robert. “So the guys at Infamous Customs came up with bagging the back to sit low without rubbing.” Infamous Customs not only bagged the rear but also incorporated the air tank and other components amongst a custom subwoofer enclosure, somehow making everything seem as if it were meant to be from the factory floor. Going inside reveals more of that Bentley panache that we all adore, with its Georgia clay brown guts swallowing every panel. Since the car’s completion, this Bentley-inspired Donk has awed its fair share of car-show attendees, as well as random passersby on the street, which humbles Robert as he’s thankful for those who helped him with his ride. “My brother was a huge help putting this thing together,” says Robert. “And I appreciate that.”