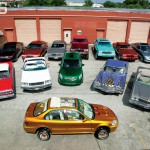 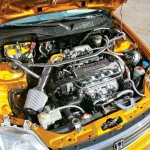 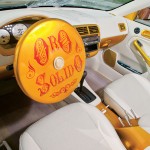 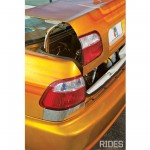 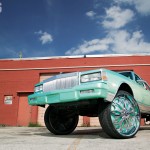 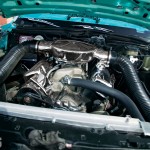 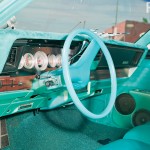 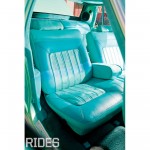 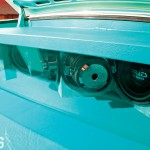 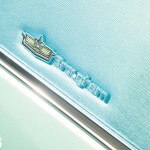 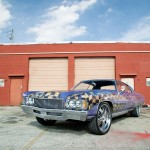 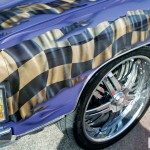 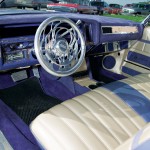 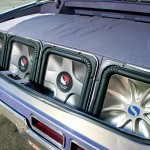 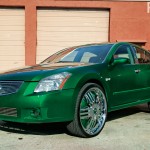 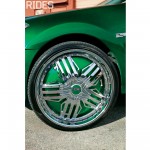 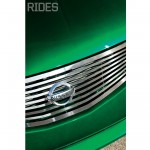 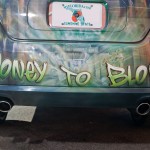 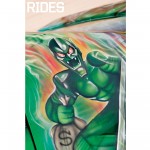 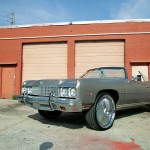 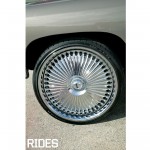 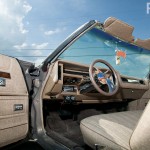 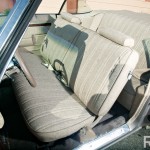 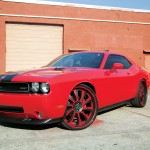 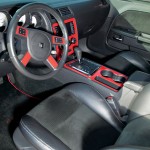 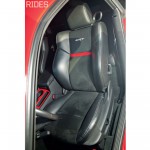 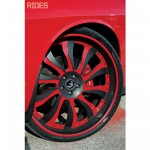 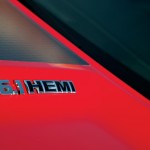 The big-rim game is littered with those claiming originality. Whether it’s claiming to be the first to customize a particular make, the premier owner of that next-level rim diameter or boasting a never-before-seen hue, it’s become expected, even commonplace, behavior in the genre. But amidst all the loudmouths, one crew can truly call themselves pioneers: South Florida’s Elegance Car Club. Founded in 1994 by Eduardo C., a.k.a. “Biggie,” and friends, Elegance started life as a lowrider crew but transitioned themselves into the first-known plus-sized-rim squad ever. On top of that, Elegance is arguably responsible for exposing the Sunshine State’s car culture to the rest of the U.S.A lofty claim? Yeah, but it ain’t like they don’t have corroborating evidence.

The first colossal-chrome-sporting old-school ever to grace a nationally circulated magazine cover (RIDES Aug./Sept. ’05), the “Garfield Box,” was property of club member Pernu. And if that ain’t enough, the inaugural issue of Donk, Box and Bubble displayed a Donk convertible whose owner also flew an Elegance flag. Then there’s the undeniable Elegance domination of street DVDs such as the East Coast Ryders series and Miami music-video presence. “We started this Donk, Box and Bubble big-rim shit,” exclaims senior member and painter Rod. “While all the other car clubs were still riding 13s and 14s, we took it to the next level!”

Fast-forward to 2010; the game has changed, and much of the country has caught up, adopting styles they first saw from crews like Elegance. “We like setting trends,” says senior member Pernu. “Other clubs are just now doing what we did in 2000—I guess it was about time they all caught up!” The trendsetting core members are still going strong, branching out with their own shops to further influence the scene, allowing those who idolized them in the past the opportunity to be a part of their street fame.

Admitting Elegance’s East Coast dominance is almost a moot point, but their national standing, especially in regard to the left coast, remains a point of debate, though Pernu and Rod are unfazed. “The West? They just started learning big rims,” Rod says with a laugh. “At the end of the day, Elegance is Rocky and the West is Tommy Gun.” Pernu adds, “The West Coast is different: They ride no-name wheels and we ride nothing but three-piece, spinnin’ DUBs. They like building them transformer cars; our look is more traditional.”

With 30 active members, whips debuting on a monthly basis and respect from all across the board, Elegance still stands strong. Without them, who knows what the big-rim scene would be—if it would be. According to Rod, that’s another issue you need not bother debating. “We’re the oldest car club in Miami that is still together, and we will not die, no matter what!”