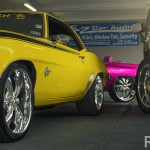 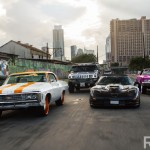 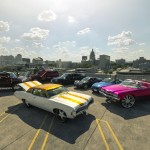 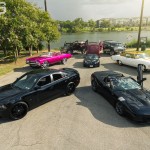 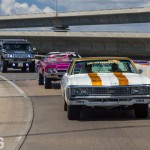 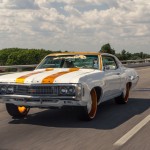 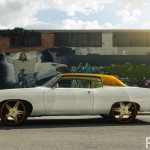 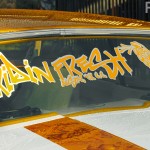 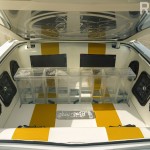 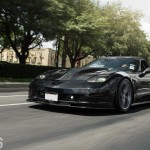 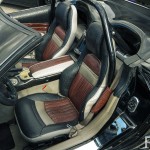 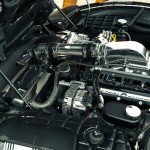 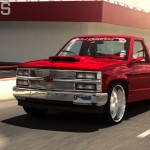 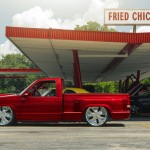 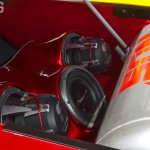 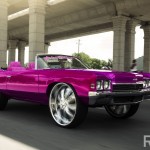 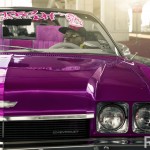 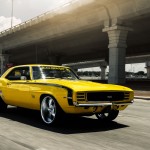 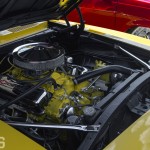 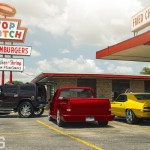 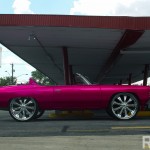 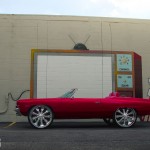 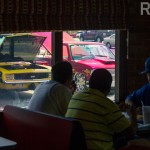 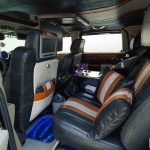 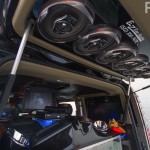 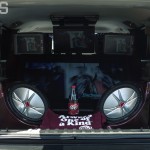 Since its beginning as the capital of the Republic of Texas in 1839, Austin was destined to be different than any other city—having served as both a country and state capital. In the nearly 175 years following its start, Austin remains as unique a place as can be, and a city that has embraced the “Keep Austin Weird” mentality as a way of promoting its diversity. It should come as no surprise that in a city where diversity is celebrated, Ridin Fresh Car Club is as unique as they come.

A noon call time is usually a lofty goal for a RIDES shoot; owners tend to be late, rarely on time and never early. But the guys of Ridin Fresh aren’t like other clubs and were gathered at EZ Car Audio by 11 A.M., ready to start the day. In fact, they were so organized, we didn’t get started until 2 P.M., thanks mainly to our photographer getting stuck in traffic on I-35 between Dallas and Austin (no worries, Pepper, everyone knows how terrible that drive can be). Ready to work, we knocked out some shots of the guys at EZ’s, where Eduardo has been working on their cars for years.

“If a guy wants to join the club and he doesn’t have the car fixed up, we take it to our guy so they can start getting the discounted price based on the club,” says club president Oakasha (a.k.a. Oki). That charitable mentality is not just reserved for members of the club but extends to the community. Ridin Fresh is a registered nonprofit, and its members regularly volunteer at charitable events and attend shows with a charitable tie-in. “We organize nonprofit events,” says Oki, adding, “We’ve raised money for cancer societies and for churches. We use our cars as attention getters to then promote the cause.”

With the Texas sun beating down on us for a couple hours, everyone was ready to grab some lunch, especially the significant others and kids of the club members. Our destination was Top Notch Hamburgers, an old-fashioned drive-thru made famous in the movie Dazed and Confused, and a fitting location given the plethora of old-schools in the club. Cruising out to Top Notch 10 cars deep, there was no shortage of onlookers as fellow drivers struggled to snap a cell pic while we rolled by them—attention that was in great supply at Top Notch, as well.

As the impromptu car show was underway, outside in the parking lot, the men of Ridin Fresh and their families took to the air-conditioned inside to chat and refuel on burgers and fries. It’s here that the sense of family really begins to resonate, and you feel on the outside of their inside jokes, but you also know that by day’s end, you’ll have plenty inside jokes of your own.

Wanting to showcase the capitol building and the University of Texas football stadium, we headed to the top of a parking garage overlooking both. While the building made for a sick backdrop for the cars, security didn’t seem so keen on allowing us up there, so we did what we always do: We shot quickly and then left. En route to the capitol, we lost the red Chevy pickup to mechanical issues and the yellow Camaro to—well, we just lost the ’Maro. Additionally, club member Curtis Walker’s ’Vette was too low to make the dip into the garage and his Hummer too tall, which prompted some Goldilocks jokes topside as we rushed to snap some pics before security returned.

Having been officially kicked out and not having Curtis able to join us, we decided it best to go ahead and roll on over to Chicano Park. “People go out there to cruise around and just kind of show off the cars,” says Oki. According to him, it wasn’t a busy day at the park, but within minutes a passerby was trash-talking the club and reppin’ for his own. Hating is common, but in keeping with the positive nature of the club, Ridin Fresh isn’t fazed. “We just brush it off by not going defensive and appreciating other clubs,” says Oki.

With the intermittent rain wreaking havoc on the shoot and the ’verts taking the brunt of the pain, we called it a day. From a small auto shop to the vast state capitol and the side streets in between, we saw firsthand the diversity the city offers and how that diversity trickles down to the car scene. “The Austin car scene has come a long way,” says Oki. “We have Donk riders, a lot of people like to ride Swangs, and Lowriders are coming in from California.” With that kind of variety flooding the streets of Austin, it’s an exciting time to be Ridin Fresh.