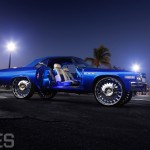 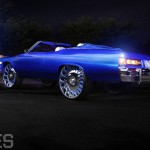 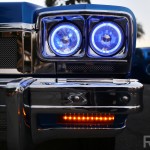 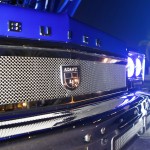 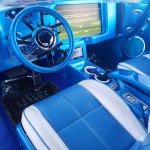 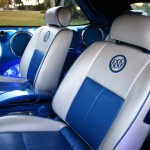 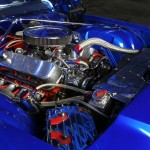 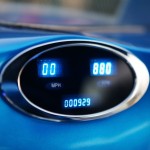 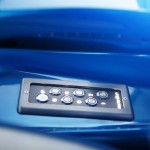 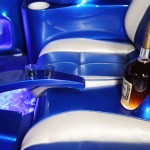 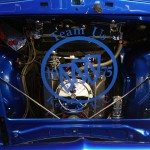 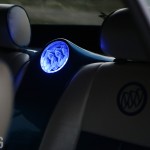 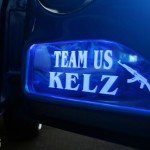 Florida-born Kelz was ready to buy a Mercedes-Benz S550, but at this point he didn’t have time to fill out paperwork and wait for all the tags. It was his birthday, and his party was that night. He needed something within a few hours, and a Buick coincidentally came along. “I was having a birthday party at Club Underground, and I needed a car to drive to the party,” Kelz remembers. “I looked at the time, it was about five o’clock, and I was like, ‘I guess I need a rental car.’”

At the same time, his girlfriend’s cousin was selling a used ’75 LeSabre. Kelz calculated the pros and cons and, given the time constraints, made his decision. “I bought the car literally four hours before my birthday party started,” he recalls of that fateful night. “It was all black: black top and black interior with 24-inch rims.”

He used the car for nearly two months before having serious thoughts about selling it, but something happened that would change the Buick’s fate forever. “I went out one Friday night, on Main Street in West Tampa, and I see a dude come through in a black Buick just like my mine; black interior, black top, with some black 26-inch Forgiatos.” At that very moment, Kelz understood the potential his LeSabre possessed, and that’s when he realized he was going to make his the hardest Buick in the game.

His first task was to upgrade or replace everything under the hood and make it chrome. Once the 454 big block was installed, with all the parts and accessories chromed, Kelz explains how he tried to figure out where to get the rest of the car done: “I had a copy of [Summer 2007] Donk, Box & Bubble with the ‘CrocaDonk’ on the front cover. I was like, ‘I need to find out who built this car.’” After digging through, he found it—Amp’d Up of Fort Myers, Florida.

Kelz oversaw his Buick project with the utmost supervision, seriousness and care by staying on the crew at Amp’d Up, sometimes giving them a call at 3 A.M. to tell them a new idea he’d just thought of while it was fresh in his mind. He’d even follow up at 8 A.M., just to be sure they understood what he was trying to tell them hours before.
The build was lengthy, lasting about two years from start to finish, and Kelz admits he got impatient at times. Patience pays off, though, as the Immokalee resident learned firsthand. Now, with help from Amp’d Up, he has what could very well be the King of Buick ’verts.

3 Responses to “1975 Buick LeSabre: Coincidence That Was Meant To Be”