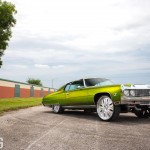 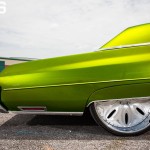 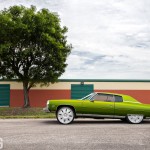 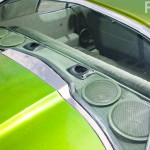 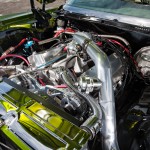 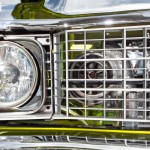 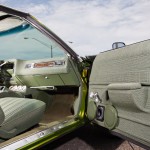 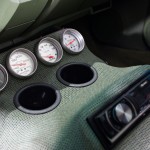 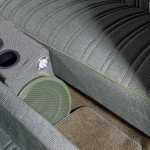 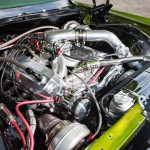 A renaissance is upon us, and while it may not rival those of Italy or Harlem with the scope of its reach, it could change the landscape of Donks for years to come. The Donk movement has seen trends come and go before: wheels, paint and stance. Though certainly important changes to the game, they do not constitute a “rebirth” like the innovation men like Tmak and his 1973 Chevrolet Caprice are ushering in.

Tmak didn’t set out to transform the game, and, in fact, the origin of his Donk is a story that has been told time after time. “When I got it, it was just a regular Donk,” says Tmak. “It didn’t have any interior.” To compete these days, you need the fiberglass, big wheels and flashy accessories, but not wanting to go “too fancy” with his Donk he decided to return it to its roots. “I wanted to keep the original look, I just wanted everything to be done over-perfect,” says Tmak.

With the bar set at perfection, Tmak focused less on the glamour and glitz common to the scene and went under the hood to make his Donk stand out from the pack. “Every car I’ve ever had has had a racing motor,” says Tmak. By putting a 600-plus-cubic-inch motor with a turbo under the hood, Tmak makes over 1,000hp on four pounds of boost and has inadvertently contributed to the motor renaissance (see p. 20) occurring in Donks. And thanks to a custom-built carb, his mammoth of a motor runs on E85, giving Tmak “a car [he] can crank up and drive anytime [he] want[s] to drive it.”

With a racing motor under the hood, Tmak wanted to carry that theme over to the rest of the car. “I went with a big racing motor, and that’s a racing look; brushed aluminum on Kandy,” says Tmak of his brushed-aluminum Forgiato Giordanos and House of Kolor green base with gold Kandy paint. Setting his sights on the inside, he returned the car to its 1973 feel with the kiwi tweed patterns on the seats and original floor mats on the inside.

Only history will be able to judge the big motor movement as a success or failure, but owners like Tmak are already confident in the trend. “All the elite people in the game got a Donk like this,” he says.

Exterior: House of Kolor green base with gold Kandy; all new chrome