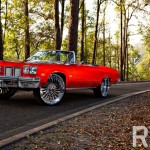 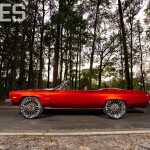 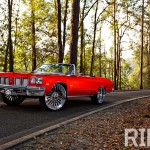 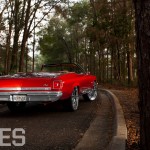 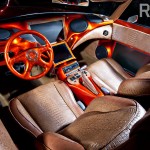 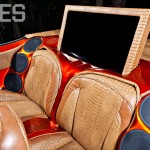 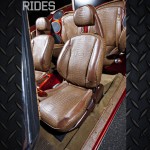 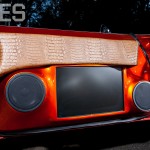 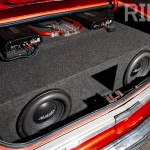 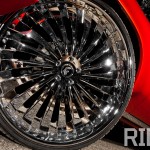 Big Wheels Customs of Ocala, Florida, may have stumbled upon a diamond in the rough. True enough, the early to mid-’70s Deltas have been customized countless times before, but perhaps not to this extent. And as owner of Big Wheels Customs, Brian White and his team uncovered that not only is this odd Oldsmobile refreshing to customize compared to its GM counterparts, but it’s also a bit easier.

Brian’s customer Keenan pulled into Big Wheels Customs with the all-too-familiar aspiration of “being different.” Thankfully, he arrived in a vehicle that wasn’t your standard Impala or Caprice. “At first I didn’t like it—I thought it was an ugly car,” proclaims Brian. “But after the candy hits it, and you start to see how the car flares out in the back over the rims, you start to really like it.” He continues, “I think I’d rather build a Delta for myself than an Impala or Caprice now!”

The first and most obvious attributes the divergent Delta flaunts are its factory fender flares, virtually begging for big wheels to be burrowed underneath. And to Brian’s delight, the factory construction of the Delta made it virtually effortless to add big wheels. “It was crazy,” exclaims Brian. “We didn’t do a thing to the suspension, we didn’t touch it; the 28s bolted right up!” To properly pack the gap, Keenan chose a set of all-chrome, staggered 28-inch Forgiato Autonomo wheels from Forgiato’s Elite line, wrapped in Pirelli 295/25/28 tires.

And as if the exterior weren’t enough, the guts put this blood orange Olds into another stratosphere with waves of candy fiberglass, screens and gator skin. Big Wheels opted to install quad buckets, revamping seats from an Acura, split by a custom console that flows from the dash to the rear. On top of the multiple LCD screens throughout the ride, the crown jewel is the motorized 32-inch monitor that reveals itself from behind the rear seat with the push of a button. “We had extra space, and we wanted to fill it with something interesting,” explains Brian. “Keenan is a big TV guy—we put 15 TVs in his Infinity truck.” Brian contends that this delightful Delta is the top in its class; as he says, most hardly ever invest this much time, money and effort in these rare rides. “This is by far the best Delta I’ve seen, and I’ve been in the game for 15 years,” says Brian. “Everything is on point, from the paint glowing to the stance right, and it has enough music in it to shut down a concert!”