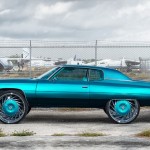 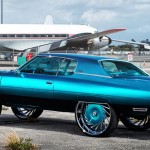 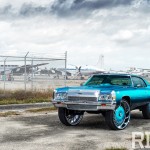 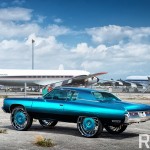 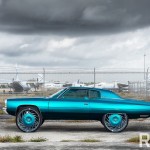 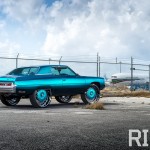 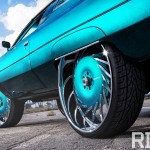 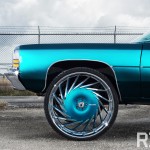 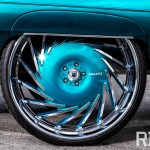 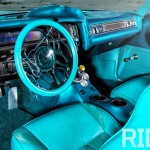 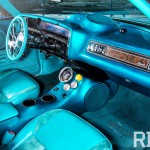 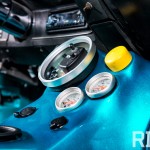 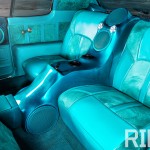 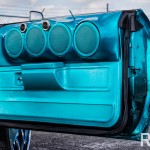 Sometimes it takes a couple tries to get it all the way right. The man once recognized as Tity Boi of DTP knows this all too well, as he hardly received much attention until he switched up his style a bit and changed his name to 2 Chainz. John from Hollywood, Florida, can certainly relate—his ride went through a couple remixes before finally getting it right, ultimately achieving the props that have always been deserved.

When John copped his ’72 Donk it was black, and he upgraded it respectfully with some 28-inch DUB spinners. After the black shell grew tiresome, John flipped it to orange, and although that upped his ride’s status, it wasn’t until he tangoed with teal that he earned legit props. Right before the Orlando Classic in November 2012, John had Ricardo of Miami lay down a sexy teal Kandy hue and also made some key additional upgrades. “I switched to the 30-inch Asantis,” says John. “I just wanted a big plate I could color.”

In addition to the peripheral makeover, John went H.A.M. on the guts, leaving nothing stock, matching his exterior perfectly. John added fourth-generation Camaro bucket seats up front, partitioned by a custom-fiberglass console that flows into the rear cabin. The console also houses a plethora of speakers, which John is particularly fond of. He contends that his theme properly aligns with the Broward standard, as it is certainly loud and flashy. “Where I’m at, we pretty much try to get the cars fully loaded up,” explains John. “We do everything the car can handle.” Under the hood, John went with a small block, but far from your average 350; John opted for a worked 406 SBC and chose to have it converted to fuel injection for performance and reliability. “I can not crank it for a month, and when I finally turn the key, it starts right up,” says John.

With the car crawling the causeways of South Florida, John loves the attention his tantalizing teal Impala commands. “Everybody loves the color. It’s not your regular teal; the way my painter did it, it stands out,” says John. “I think I’m one of the hardest because I got a complete package, I can spin the 30s, I got good paint and good insides—I went all the way with it.”

Ice: Four Kicker 15-inch Solo-Baric L7 subwoofers in a custom box; Eminence mids and highs; four speakers in each door, two on the dash, two on the rear deck, four on the floor, two in the rear seats; 10 tweeters