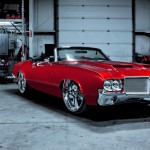 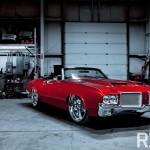 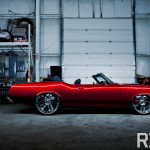 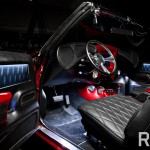 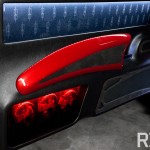 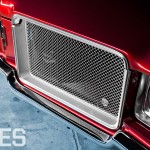 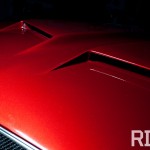 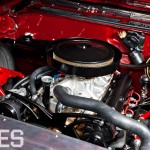 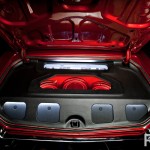 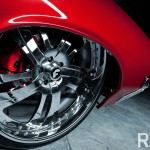 Indianapolis—aka Naptown—is seldom mentioned in the country’s custom car conversation. Matter of fact, the 317 hasn’t even been on the radar until recently thanks to social media, blogs and forums. So the likelihood of a Naptown-based old-school gracing the cover of RIDES or winning a large car show in Miami of all places was highly unlikely, but the tide seems to be turning.

Naptown native Mike Sub purchased his ’71 Cutlass as a birthday present to himself in November 2011 and planned on mildly customizing it with the standard paint-and-rims treatment. However, after a strong recommendation from his uncle, Mike was introduced to Aaron Markwell of Tampa, Florida, and that’s when things got interesting. “Aaron put me on a whole other level of thinking about the car,” explains Mike. “I pretty much only told him what size wheels I wanted and that I wanted to be on air, and just let him do his magic.” After getting the green light from Mike to begin, Aaron and his crew broke the Oldsmobile down to the frame, thoroughly disassembling the car, re-finishing every square inch. “The whole build took about a year and a half,” explains Mike. “He broke it all the way down, every part on the car is new.” Mike continues, “Most just do the paint and rims or whatever, but Aaron broke it down to its heart.”

The choice to ride on air did not come without some serious deliberation, as Mike admits it’s not as popular in the old-school big wheel game. “There are probably 100 Cutlasses around here, and only a couple have air ride,” says Mike. “A lot of people went away from it, but when done right it looks good.” The main motive for the air suspension is Mike’s yearning for a vehicle that could swallow some massive 26-inch wheels, and with the help of Aaron’s team, that dream became a reality. On top of the air ride, Mike’s other esteemed feature of the outstanding Oldsmobile is the guts, and they’re far from factory spec. “I like how the dash is especially,” says Mike. “That just makes it different and on a whole other level.”

Being based in Indy and the car built in Tampa, Mike spent the second half of the build blind, only viewing cell pics of his ride’s progress. “I haven’t even seen my car in seven months,” proclaims Mike. “But some of my boys saw it and told me about how good it was.” His boys and everyone else got the chance to see the car’s official debut in Miami at the second annual ForgiatoFest car show and concert. It sat on display in the Riding Clean booth lit as if it already knew it was the star of the show. Needless to say, a burgundy bagged Cutlass could be perceived as the ugly duckling amongst the Kandy Donks, but in the end the crouching Cutty prevailed, taking home Best of Show honors and finding its way on to the cover of this magazine. Pleasantly surprised, Mike is not only happy for himself and his build team, but for representing his city and possibly shining some light on the local whip game. “Naptown is on the map, they’re starting to see it now,” says Mike. “My car winning that show down there definitely showed something. There’s more than corn in Indiana!”