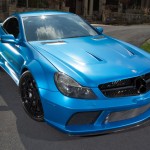 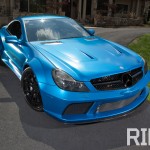 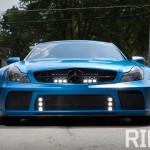 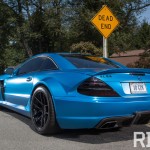 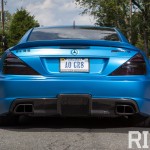 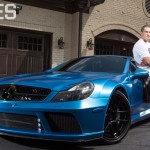 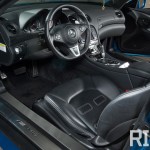 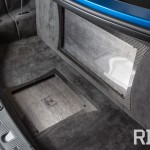 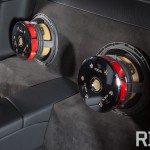 Whether on or off the ice, the NHL’s most famous player, Washington Capitals’ Alexander Ovechkin, hates to lose. So maybe it shouldn’t be a surprise that when it comes to the all-star’s car game, Alex is just as serious. And with a Brabus S65 and a widebody BMW M6 already in his stable, amongst others, when it finally came time this off-season to refresh his previously matte-black ’09 Mercedes-Benz SL65 AMG Black Series, the hockey star knew he wanted something that would be instantly recognizable and equally as unique.

Enlisting the help of his good friends at Designo Motoring, located in Sterling, Virginia, the first decision was to get rid of the matte-black wrap in favor of something fresh. Alex was adamant about not doing a simple wrap, and the process was painstaking, finally narrowing down the options to a matte-orange and a matte-blue finish. “With Alex shipping his cars between the U.S. and Russia, we decided to go full paint this time around versus doing another wrap, to ensure that we’d always be able to maintain the quality of the finish. But obviously, to change the color on it and have it be permanent, we really spent a lot of time making sure it was a color Alex was 110 percent sure he wanted,” states Abe Hamrah, the founder and CEO of Designo Motoring. Finally, after much deliberation, the decision was made to go with a one-off matte blue, specially blended for Alex and fitting of the star’s eccentric personality.

With the paint all sorted, the team at Designo set off to finish the rest of the vehicle’s exterior, ditching the OEM wheels for a set of 20-inch concave ADV.1 5.0s finished in gloss black for a bit of contrast against the new paint. Not needing to do much more to the vehicle’s already beefy widebody (more than four inches wider than a stock SL65), they finished off the exterior with the addition of some extra lighting—installing a pair of Brabus puddle lamps—and smoked the rear taillights, with two sets of Designo Motoring custom LED light bars discreetly hidden behind the front grille, just for good measure.

Keepin’ it classy but going equally all-out inside the cabin, the SL’s entire stock system was swapped out for full Focals all around, including a set of Utopia Be components and a pair of 11-inch Focal woofers. Just ask anyone who knows anything about car audio, and they’ll be sure to tell you that this is a grown man’s audio system. While Alex plans on enjoying his car in its current state for now, further plans for the vehicle will include a bit more custom work inside and adding a beefier limited-slip differential and software for more power.

According to Abe, “people either love it or hate it,” but with others already trying to copy Alex’s matte masterpiece, Alex and the team at Designo have certainly succeeded in gaining attention. But while most show cars hardly get driven, Alex actually uses his one-of-a-kind SL as one of his daily drivers, making it all the more impressive.