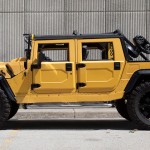 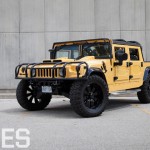 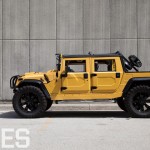 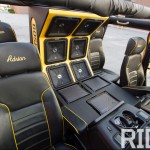 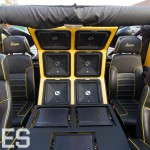 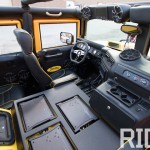 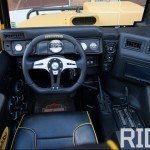 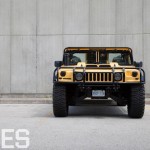 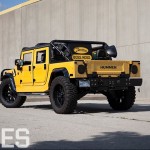 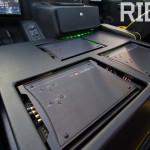 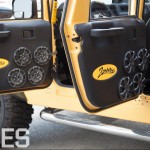 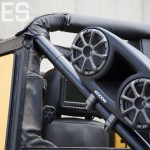 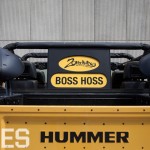 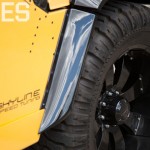 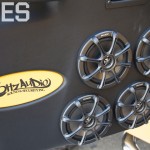 You wouldn’t expect to come across many Hummers in Canada. After all, the Hummer is about as American as a whip can get—it was built for the U.S. Army, it chugs fuel the way Homer Simpson funnels beer and it’s roughly the size of Nebraska—and Canada is a land full of granola-munching hippies and people who speak French. The Great White North and the civilian HMMWV seem like they should go together like Nickelback and good taste.

As it turns out, though, you can find Hummers up there. In fact, Toronto’s Adrian Palumbo owns no fewer than four of them. None of them are wimpy Suburban-based H2s or compact pickup–based H3s, either; all of Adrian’s Hummers are the O.G. H1 model, the model made famous by Gulf War One and Arnold Schwarzenegger. “I’m a big guy,” Adrian explains. “I like everything big and loud.”

That said, the one seen on these pages is special, even by Adrian’s standards. It was the first Hummer he ever owned, picked up when he was 16, and he’s redone the interior several times since then. But when he recently decided he wanted to give the truck one final makeover for the ages, he sought out an old friend with plenty of expertise: Frankie “Crazy” Valenti, owner of 20HZ Audio. Their goal, in Adrian’s own words: to create “the loudest, baddest truck that I’ve ever seen.”
Frankie already had a handle on Adrian’s tastes; he’d installed the Hummer’s first system years ago, a pair of 10-inch Kickers that, while modest, was still an upgrade over the H1’s stock stereo. For the 2012 remodel, though, Adrian wanted something that would draw a lot of attention, which gave 20HZ the chance to go a little crazy. “This is the biggest [install] we’ve done in a Hummer,” Frankie raves.

For starters, scope the wall of speakers in the back row. Thanks to the H1’s trademark wide center console, Frankie had room to drop half a dozen 12-inch subs between the rear seats—enough bass firepower to clear the wax out of every ear for blocks around. Packing speakers into the doors meant relocating the handles and window switches; in fact, the new door handles were created from scratch to better suit the truck. The sun visors were yanked and tossed, with additional speakers and TVs slotted in their place. All told, the install took around three weeks and cost north of $20K.

On top of the audio upgrade, Adrian also dropped 18 stacks on a four-layer paint job designed to make this mil-spec beast stand even further apart from the crowd: blue pearl on top of light-purple pearl on top of green pearl on top of Lamborghini-spec yellow pearl, each separated by a layer of clear coat. The end result is a whip that sucks in Canucks like free hockey tickets. “I have a Ferrari, too, but when I drive the Hummer…it’s crazy,” Adrian says. “You gotta be in a good mood to take this thing to the gas station, ’cause like 10 people are gonna want to talk to you.”