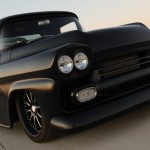 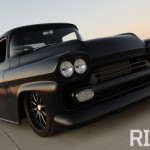 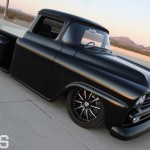 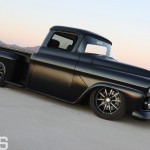 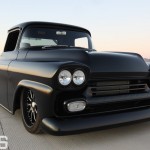 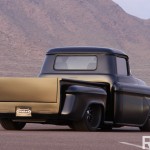 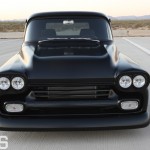 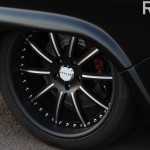 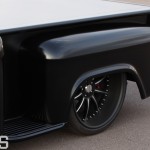 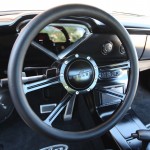 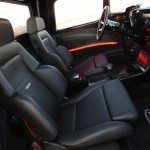 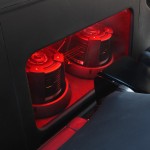 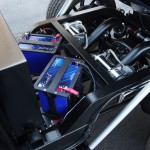 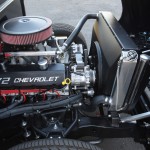 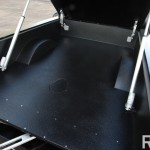 It’s a very real possibility for a team of individuals to set themselves up to succeed. Success occurs when strong work ethic meets opportunity. For people who constantly work hard and maintain dedication through thick and thin, life can bring joy. The tough part is to survive the dark night before enjoying the brighter day. For the team at Fesler Built, based in Scottsdale, Arizona, that dark night lasted about a year, and things got much worse before they got better.

One member of the Fesler team had owned a 1958 Chevy Apache pickup since he was in high school. After holding onto it for years, he decided it was time to begin restoring it to a respectable condition, and so began the restoration process. As the weeks passed, all the hard work put into the restoration began to slowly pay off, and the truck gradually started to come back to life. However, it still had a very long way to go. After putting in some work here and there, life returned the favor with a little blessing.

Meanwhile, on the other side of town, the Los Angeles Angels of Anaheim were busy exercising and practicing during spring training. One Angel in particular, Brian Fuentes, was amazed at the classic-car scene Arizona natives were proudly developing. “Shortly after, I decided I needed one of my own,” Fuentes recalls, “and after a good amount of research and references, I found myself at Fesler Built.” Once there, Fuentes noticed the ’58 Chevy sitting in solitude behind the shop. He wanted an old-school truck that was fast, loud and badass. He needed this step-side pickup, and at that moment, “Project 58” was born.

After discussing Fuentes’s vision, Fesler spent more than six backbreaking months turning this 50-year-old, $35,000 truck into a $185,000 beast. The team left nothing stock. The entire truck is hand-built steel, including the frame—no fiberglass or plastic here. Even the fuel-injected 572 is hand-built. Originally, it comes out of the GM factory as a carbureted 572, which Fesler converted in the shop. The amount of hard work put into this truck is most obvious when looking at all the power features this monster possesses. The key fob can control basically everything, including the hood, tailgate and tonneau—all electronically powered. After a few days at the paint shop, it was time to transport the complete project back to Fesler.

The truck got loaded up onto a trailer and hit the highway. During its transportation, however, another vehicle violently sideswiped the truck, sending both the car and trailer spinning out of control down the freeway, taking out another car and heavily damaging Project 58. In fact, the truck almost got ripped right off the trailer. Fuentes’s dream truck—finally complete—was ruined.

After so much work and dedication, Fesler wasn’t going to give up. Without hesitating, the truck continued its way to the shop. The team quite literally kept on truckin’ and got right back to work. Another six months later, the truck was ready to send back to the paint shop for completion. This time it was a success. Brian Fuentes’s vision became reality. This just goes to show that if you don’t give up—even when it seems like the only option left—something will give in, and you’ll succeed in your mission.

Shout-Outs: Brothers Truck Parts for doing all the glass work, including the one-piece window conversion and all seals