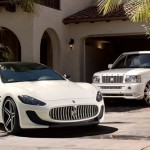 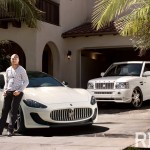 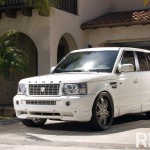 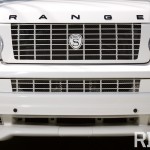 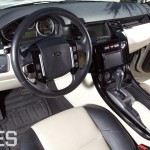 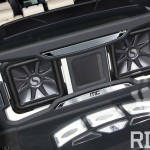 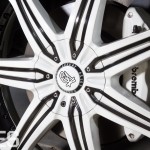 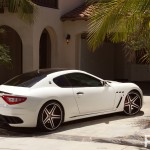 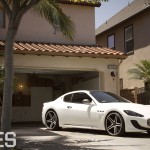 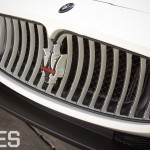 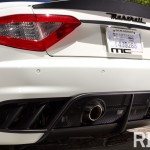 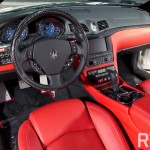 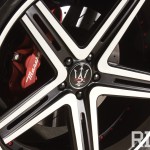 It’s commonplace in sports to get hot cars when you make it, and even in some cases, when you’re still in college. Though most of these cars remain stock, with the exception of some wheels here and there, Erick Aybar of the Los Angeles Angels of Anaheim has taken his Range Rover Sport and Maserati GranTurismo MC Sport Line from the minors to the majors with the help of Miami-based MC Customs.

Wanting to do a kit on the Rover that is beyond what you’d encounter outside the club, MC Customs went overseas to where it all began for Rover to cop an Overfinch body kit. “The Overfinch kit is rarely seen,” says Jhulio Tadeo of MC Customs. “Erick wanted something different. Most guys go with the Arden kit, which is just front and rear bumpers, but Overfinch has the side moldings, which give the car a sportier and more aggressive look.”

While an Overfinch-kitted Rover sittin’ on Lexani wheels would be plenty for most, Aybar demanded more from his ride. Retrofitting the interior in white and black leather and packing it with audio and video gave the Rover a personality to match its looks. “Everyone in the Dominican Republic needs a sound system in their car; it’s a way of life there,” says Jhulio.

A Rover makes a great daily for rollin’ with family or friends, but there are those days when you just need to stunt alone. Fortunately, Aybar has a Maserati GranTurismo MC Sport Line for just those occasions. Adding the MC Sport Line package from the factory was only the beginning for Aybar, who went with matte black on the roof, trunk, wing and mirrors. “The matte-black accents on the Maserati complement the kit,” adds Jhulio. Though black and white dominate the outside, it’s the red and black leather, along with Eminence mids and highs and JL Audio woofers on the inside, that gives the interior some character. Although Erick isn’t known as a home-run hitter on the field, it’s clear from his whips he is one on the streets.