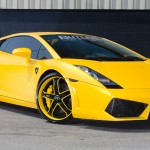 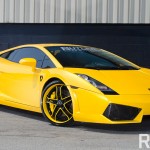 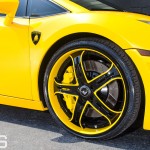 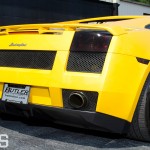 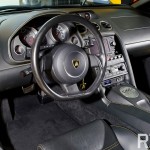 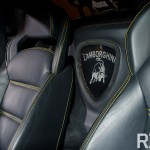 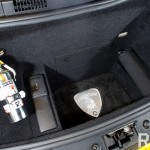 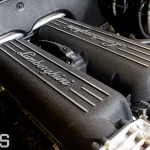 For former Corvette connoisseur and Atlanta businessman Bobby Collier, a Lamborghini was always on the automotive agenda, and the vision became a reality this past January when he bought one as a birthday present to himself. Once in the garage, Bobby had a revelation: He didn’t want the run-of-the-mill exotic as he had initially intended.

As soon as Bobby took delivery of the Giallo Orion Gallardo, he promptly procured a new set of shoes. “I first bought a set of factory chrome Lamborghini wheels,” explains Bobby, “but they didn’t give me the look I was going for, so I began searching for replacements.” After an intense hunt via magazines and extended web browsing, Bobby came across a righteous rim: the Asanti AF-167. “As I was searching, this particular wheel popped up, and I immediately knew this was the wheel for the car,” he explains. “I went to Butler Tire and asked if they could get this particular wheel, and they said yes.” Butler Tire of Austell, Georgia, painted the wheels to match the car’s black-and-yellow theme, installed the staggered 20-inch Asantis and wrapped them in premium Pirelli rubber, a combo fitting of an exotic ride such as Bobby’s blonde Bull.

The upgraded shoes were an important stepping-stone on the way to completing Bobby’s goals, but they still didn’t quite position the grand Gallardo above the rest. To combat its commonplace conduct, an LP560 front bumper was installed, providing a more aggressive aesthetic without drifting away from the family crest. Out back, the previous owner smoked the tails and added a custom bumper, but Bobby still believed his ride was missing a vital component. “If I would have to choose a favorite part of the car, although it’s a tough decision, I would say the rear spoiler,” he proclaims. “It’s subtle, but it’s a three-piece Hamann spoiler. The middle part actually rises up while driving and lowers back down when the car is stopped.”

Although Bobby raves about Lamborghini as an auto manufacturer, he admits their shortcomings lie in the audio department. “One thing that Lamborghini does not do is focus on car audio,” he laughs. “I’m not bashing Lamborghini, because they build an awesome car, but audio is not part of what they do.” Bobby enlisted the expertise of Monster Customs of Marietta, Georgia, for a total audio overhaul, and although Bobby yearned for an acoustic upgrade, he still required limited visual alterations. “I didn’t want a custom radio; I wanted to keep the factory head unit but wanted an extended sound,” he explains. The crew at Monster added Hertz components and a hidden subwoofer in a custom enclosure with an etched Lamborghini logo, powered by a JL Audio HD 900/5 five-channel amplifier. Bobby is pleased with his ride’s stature, as he feels he has fulfilled his initial goals of simultaneously staying classy and going custom. “I wanted to be able to wear a suit and listen to jazz music with my wife, but also to be able to pump some bass and ride with the guys.”