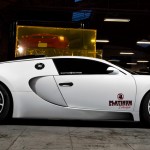 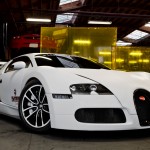 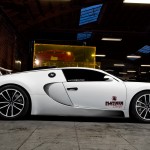 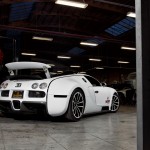 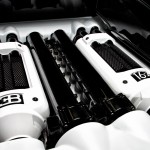 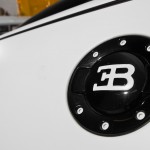 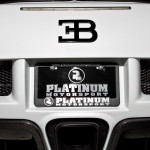 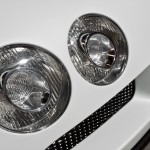 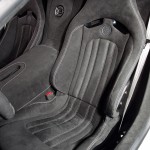 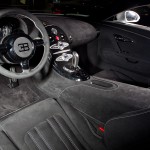 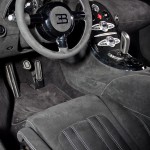 Outside of sheiks in Abu Dhabi or spoiled princes in Dubai, there isn’t another individual in the world who customizes more expensive rides than high-end heavyweight and RIDES veteran “BC.” And as opposed to his competition, BC doesn’t merely bolt up aftermarket rims or wrap his rides in some matte or mirrored vinyl. BC’s point of exotic customization is on a level that most can only dream of, and even something BC simply quipped about. “A couple years ago, Jack [Keshishyan of Platinum Motorsport] and I joked about painting a Veyron someday,” says BC. That exchange planted an Inception-level seed in BC’s mind that germinated into fruition, and the first and only matte-white (painted) Bugatti was created.

Before customization can begin, simply locating and purchasing a Bugatti is a mission in itself, as Veyrons aren’t just sitting on a dealer lot down the street. Cutting through the red tape, BC went straight to the source instead. “We got it direct from Bugatti corporate,” he explains. “And we were really up-front with them about what we had planned for the Veyron.” To some, the idea of having to explain your customization plans to a manufacturer may seem confusing, but as the process for buying a Bugatti is difficult, getting a modified Bugatti warranty is virtually impossible. “We told them we were going to paint it, and they didn’t have a problem with that; it didn’t affect my warranty or anything,” says BC.

As he had done on prior builds, BC appointed the sole outfit he trusted to tackle the project properly, Platinum Motorsport of Los Angeles. Platinum completely disassembled the valuable Veyron, individually painting every piece matte white, using precision and, more important, caution, understanding the magnitude of the build. Platinum also tended to the interior, adding black suede everywhere with a subtle white contrasting stitch and matching white seat belts. “The interior is very, very detailed,” says BC. “It took them a long time; they touched every single piece of the interior.”

Now that the Veyron is complete, BC is incredibly satisfied with the outcome. “I can definitely say it’s the most custom Veyron out there,” proclaims BC. “There’s a lot of hard work behind it, and it took a lot of people to make this happen.” And although he is content, he still has one complaint: lack of time behind the wheel. “We’ve put about 1,000 miles on it, total, but not with the interior done and everything,” explains BC. Thankfully, the ivory Bug will have plenty of opportunities to accrue some mileage as BC’s upcoming rally, goldRush Rally 4 (GR4), is coming very soon. “I will be driving the Veyron in GR4, and because of our relationship with Bugatti, they’re going to bring a demo car in addition to possibly two others,” says BC. “We’re really looking forward to it.”