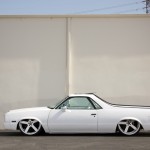 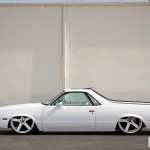 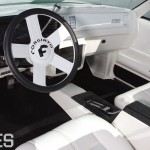 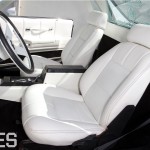 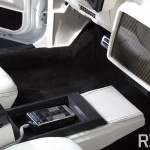 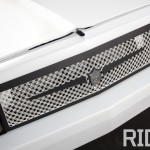 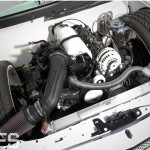 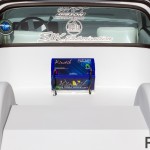 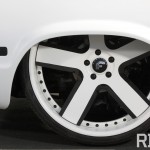 To most outside of the car world, the Chevrolet El Camino has become a punch line, a played-out joke about whether it’s a car or a truck (it’s a truck). However, for Ruben Sandoval, it’s always been a different story.

“I liked the El Camino, from when I was small and from the lowrider days,” says Ruben. What started as a boyhood fixation became an adult reality eight years ago when he got his ’85 El Camino. “I had it for a good six years,” he says. “I wanted to start fixing it up once and for all, but it was mainly gonna go in for a paint job. Then I just started doing a bunch of stuff to it.”

Don’t be mistaken; when Ruben says “a bunch,” he means it. Dropping in a 2008 GM 6.0-liter Vortec with a supercharger, Ruben now has his Camino cranking out 550hp. With that many ponies under the hood, he felt it was necessary to rebuild the entire frame with tubular steel, so it wouldn’t buckle under all that power.

Being passed by this white El Camino on the street, you wouldn’t notice the immense framework or powerful engine, but there is still plenty to peep. “I wanted to make something that looked sporty, which is why I got the flat [paint],” says Ruben. “It’s a sporty, racing-type color instead of a Kandy color.” Color-matched 24-inch Forgiatos add to the exterior’s sleek look, but they were no easy task. A custom frame and fuel cell were necessary to fit wheels usually reserved for its full-size-truck brethren.

Inside the white spills over, keeping the classy look Ruben desired through simplicity. “I’d already built a radical, wild show car before,” he says. “I really know the pressures of building and maintaining something like that. It’s a different ballpark.” Not wanting to set foot in that ballpark again, Ruben’s only additional plans are to put some extra “bump” into his El Camino. “That’s where I think I’m gonna stop, but you know, a car mentality is a nonstop thing. So I don’t know where it will take me.”