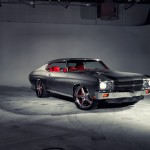 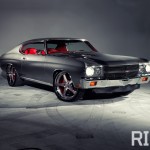 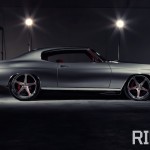 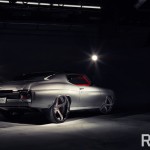 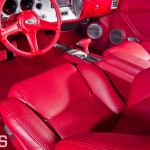 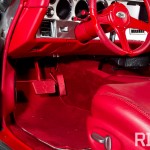 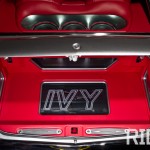 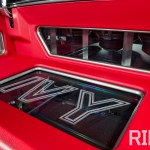 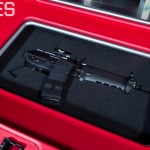 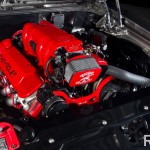 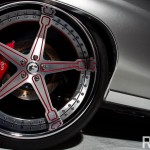 The ultimate old-school recipe: Mix one part meticulous, dedicated, automotive visionary and one part young, successful car enthusiast; combine with a splash of superb timing and a pinch of chance. Too often, whip-game ballers with lofty desires fail to forge bonds with the most suitable automotive architects. But in the rarest of circumstances, the two parties collide to create a connection that can only be described as the automotive perfect storm.

John “Sandman” Derakshan and Jonathan Ivy met at a Georgia car show in August 2011, and by the following week, they were collaborating on a rolling masterpiece. “After meeting him and seeing his work, I wanted to buy one of his cars, but he had already sold it,” explains the Chevelle’s owner, Jonathan, who also owns the gold Donk seen on the cover of RIDES July/August ’11. “The more we talked, we decided to build a car neither of us had attempted before and decided on the Chevelle.”

Once settled on the prospective ride, Sandman knew exactly where an ideal specimen was hiding, even though it was not for sale. “I turned to my friend Jason Fite of Maple Motors, to purchase his pride and joy,” explains Sandman. “It wasn’t for sale, and he kept it locked up tighter than Fort Knox, but he eventually decided to sell it to us because he knew we would do it justice.” Given free reign to design the Chevelle as he saw fit, Sandman laid out a master plan that Jonathan cosigned, and the project was immediately fast-tracked. “The very next day, Jonathan wired me the funds for the car and the 502 crate motor, as well,” says Sandman. The fuel-injected 502 Ram Jet was chosen not only for its respectable horsepower but for its reliability and drivability, as he knew a guy like Jonathan would want to enjoy the driving experience in addition to admiring the aesthetic.

The extent to which this Chevelle has been modified is almost unfathomable, with hidden details that prove nonevident to the untrained eye. And although Sandman engineered the project and got his hands plenty dirty, for certain aspects he relied on his vast network of friends and colleagues, who just so happen to be masters of their respective crafts. The most vital supporter to the project was Troy Miller of Redrum Customs, who spearheaded the drive-train installation, paint and other miscellaneous tasks, as well as provided a second set of eyes and ears for any hurdles that arose. “The two of us are total opposites who complement each other’s style. We can solve any issue or fabricate a solution for any situation,” explains Sandman. “Troy can visualize my direction and help me make it come alive, and vice versa.”

To limit the scope of this comprehensive Chevelle to merely a “big wheels” car would be doing it a supreme injustice; this silver specimen could hold its own at any show, anywhere in the country, with the most stringent competition. To affirm its position in the game, it’s not only secured a spot on our cover, but it’s to be featured on Spike TV’s Powerblock, as well as earning a future spot on the floor of the 2012 SEMA show, where the hard work and mountains of money will ultimately be validated