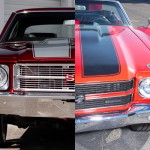 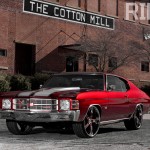 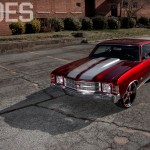 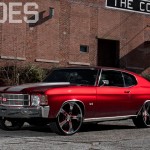 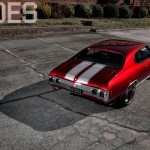 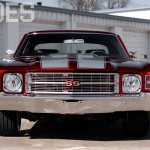 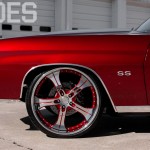 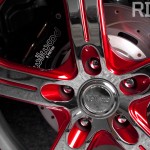 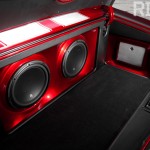 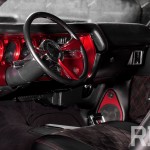 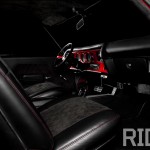 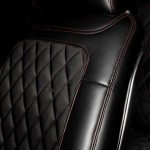 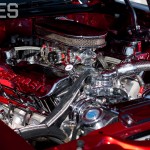 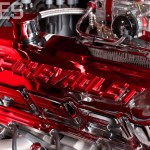 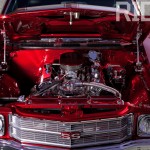 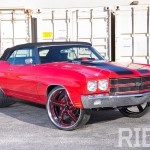 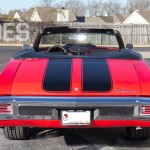 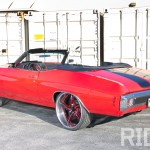 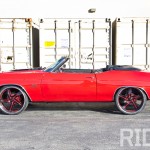 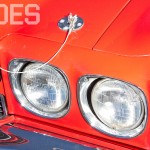 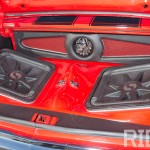 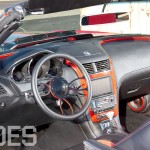 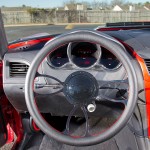 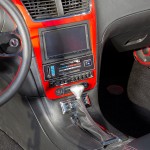 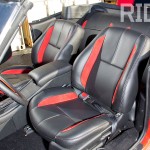 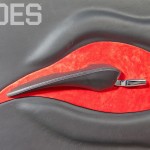 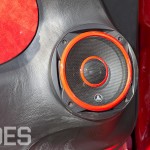 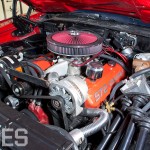 Got a favorite? Let us know at the RIDES Versus Issue voting page.

American auto aficionados take muscle cars extremely serious. Their opinions on custom variants within the muscle contingent are, at times, borderline bullish. And while certain circles may view all muscle cars on 22s and up as one and the same, the big-rim muscle game has variations within its subgenre as well. With an engine bay that will take any big block you can throw at it, and wheel wells that will hold 24s at the small end of the spectrum without too many problems, the ’70 to ’72 Chevelle is an almost perfect platform to customize. That being said, there should be a special spot in car heaven for those with the balls to (tastefully) modify one outside of factory spec.

RIDES veteran and Carolina Panther Thomas Davis understands you don’t always have to resurrect an old-school from the graveyard to make it yours. Purchasing the street-suitable Chevelle from the ATL, the ’vert already had a monster 572 crate motor and 24-inch Bonspeed wheels, but TD had to put his stamp on it. Being a custom car fanatic, Thomas took his newfound muscle to Shawn at Ultimate Audio in Lexington, South Carolina, to put his Georgia Bulldog swag on it. Outside of the red-and-black Bonspeeds painted to pay homage to Thomas’s alma mater, the University of Georgia, the most notable addition to the Chevelle is the new-school interior swap from a 2010 Chevy Malibu. “Me and Shawn did some brainstorming, and I just wanted to add my own feel to it. So we completely changed out the guts,” says Thomas. “If you know anything about me, you know I do things to the extreme.” As far as future additions, Thomas is upgrading the already stout 572 BBC hoping for four-digit horsepower readings. “The 572 is doin’ work, but I need more,” says Thomas. “I’m a big trash talker, so I like to be able to let anybody know that if you wanna get beside me, it ain’t gonna happen!”

Dreamworks Motorsports in Roxboro, North Carolina, has been conjuring up custom creations for years, and this ’71 Chevelle SS may just be their crown jewel. Completed in roughly 10 months, the crew at Dreamworks had a simple goal: to build a custom Chevelle with gobs of horsepower that would appeal to every crowd. As Dreamworks’ head honcho, Adam Wolfe, explains, it all comes down to the details. “It’s down to us hand-bending all the brake lines and then taking them back off to get chromed,” explains Adam. “And everything was chromed—every bolt, bracket, even the springs in the carburetor—everything!” And Adam will attest that this ruby rocket is far from a trailer queen as it hits the street on the regular. “It’s a driver,” says Adam. “We’ve put almost 4,000 miles on it since we built it.” The hard work has clearly paid off with the original goal being reached in spades, pleasing anyone who comes in contact with the ride. “We just wanted our own style, something clean that everybody can respect,” says Adam. “Not saying it’s the best ever, but I haven’t seen any custom Chevelles that compare to it.”

2 Responses to “RIDES Versus Edition: Chevelle Vs. Chevelle”