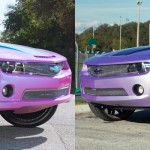 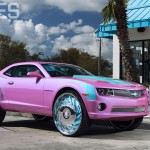 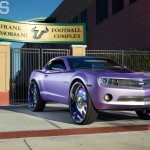 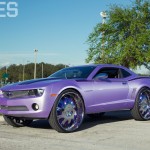 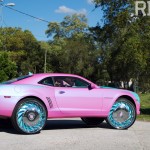 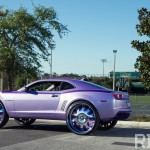 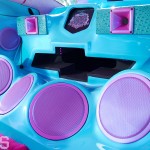 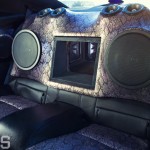 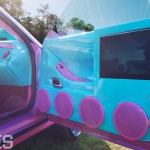 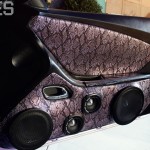 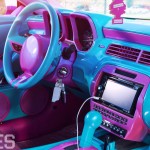 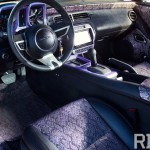 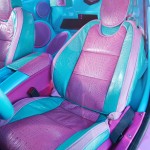 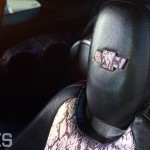 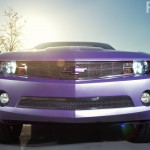 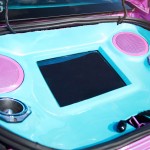 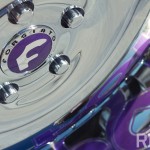 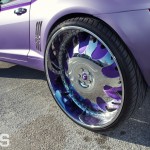 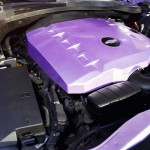 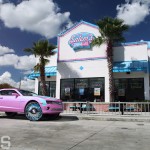 Like one of these Camaros more than the other? Make your choice known at the RIDES Versus Issue voting page.

To participate in the big-rim Camaro game, you better be rockin’ at least 28 inches in the wheel wells, and to prevail, well, you better be bright. Tampa friends Reggie and Cavalli both built their new-school Chevrolets not only as a friendly rivalry between each other but, more importantly, to combat their South Florida neighbors, who they feel have received excessive, unwarranted shine. Both perched on 30-inch rims and dressed in pearl pastels, these two mammoth ’Maros skyscrape as others can only hate, appreciate or plot against to compete.

Cavalli’s florid coupe is arguably the most famous big-rim Camaro, as it once graced both our cover (RIDES March/April ’11) and YouTube as the first Camaro on 30s—four paint jobs and one owner ago. After purchasing the custom Camaro in its orange skin, Cavalli completely revamped the ride, even though, he admits, with the coin he dropped, he could have put his cash elsewhere. “The money I spent redoing it, I could have gotten a convertible SS off the lot instead,” he explains. “But I just wanted to get the car done in time for Classic.” Regarding competition in the Camaro game, Cavalli contends there isn’t much outside of Tampa. “All those other Camaros down South look good in pictures, but when you see them in person, you see paint peeling, bumpers falling off, and the insides are mostly stock. Flavor wise, I’m the undisputed champ; I’m undefeated. I have, like, eight first-place trophies from big car shows. I’m the top in the game right now as far as overall eye candy.”

Reggie copped a brand-new RS and immediately hit it with a throwback Tampa Bay Buccaneers paint scheme, featuring a vintage pearl-orange lick and the first set of 30-inch Forgiatos on a Camaro. “I needed to be on top of the game,” Reggie explains. “Everybody that was on 30s had floaters, so I had to go Forgis.” After shutting down a Ft. Lauderdale car show, where, as Reggie puts it, he “killed their spirits,” he decided to go back into the lab before Classic Weekend 2011 to change up his shade. “I knew everyone was gonna be lookin’ for the orange, and I wanted to let ’em know this shit is real—the Camaro game is serious right now,” he proclaims. He also points out that the difference between his Camaro and those from other cities lies in the details and craftsmanship. “With my car, you can see the quality in the paint, interior and fiberglass, so I don’t care about anybody else,” he explains. As to any future upgrades, Reggie adds only this: “If I go 32s, it’d be because somebody made me mad, so just stay in your place and respect the game!”