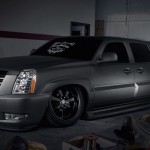 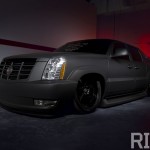 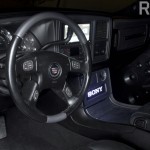 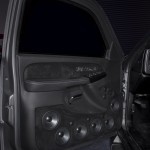 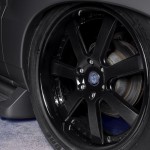 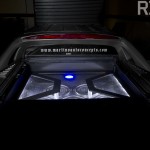 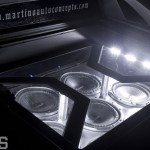 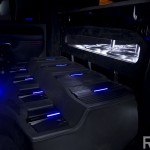 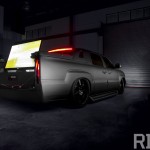 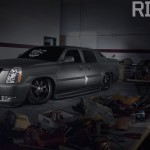 In a car game full of imitators, it’s getting harder and harder to stand out from the crowd. This didn’t stop the guys over at Martino Auto Concepts in Glen Cove, New York, who’ve managed to successfully flip the script and one-up the competition this year with their wild chop-top EXT.

Derek Pasch and the team at MAC are certainly no strangers to the car game. Operating a successful body shop for the last 20 years, they certainly know their way around metal, and making a move into the custom car game was simply a natural progression for them. However, to further establish themselves as legitimate players in an already well-established scene, Derek and his team knew they had to come out with a bang. “We wanted to build something that had never been done before,” Derek, owner of the EXT, recalls. “We had a vision in our heads from the start, but it definitely changed slightly here and there along the way.”

Drawing heavily on inspiration from the rat-rod scene, the first order of business for the MAC crew was chopping the Escalade’s entire roof and lowering it an aggressive six inches from factory. “This was a first for all of us. The entire build was a major complication, but we knew that going in. Again, we were looking to do something that had not been done before. There is really no one out there ‘chopping’ modern-day cars, and once we cut off the roof, we knew why!”

The vehicle’s other exterior modifications were just as painstaking, including a set of custom-fabricated rear suicide doors and a full 2011 Escalade front-end conversion, as well as shaved door handles and, in keeping with the Cadillac theme, custom ’90s Deville taillights Frenched into the rear bodywork. “With every single geometric angle in the truck changed dramatically as a result of the chop, everything else had to be dealt with accordingly with extensive modification.” For the final MAC touch—putting their spin on the matte-paint craze—the entire vehicle was resprayed from the frame up in Lamborghini Reventón Grey.

Derek and his crew weren’t finished, however. With the exterior all wrapped up, next in line was the interior, not to mention the vehicle’s ICE. While a simple all-black color scheme was chosen for the guts, Derek knew that he wanted to do something big with the audio. To this end, the crew at MAC teamed up with Anthony Tozzi from Sony Xplod and James at Xclusv Autosports in order to put together an award-winning sound system, which was fitting of the Caddy’s already extensive modifications. Derek’s truck packs 10 woofers, eight component sets and a motorized 47-inch TV inside.

Derek and the MAC team also received some help in the wheel department, courtesy of HRE, who just happened to take notice of the whip while visiting the MAC facilities. “Needless to say, they were blown away!” exclaims Derek. Eventually signing on as an official sponsor, HRE supplied a set of brand-new 22-inch 998Rs for the EXT, which tuck nicely under the fenders thanks to a custom AccuAir e-Level air-ride system, which was specially modified by MAC to retain the factory 4WD system.
All said and done, Derek estimates that the build took more than two years to complete, but the results certainly speak for themselves. It’s a perfectly executed exercise in workmanship and originality, and we can’t wait to see what’s next from the fellas over at MAC.

Interior: All-black leather and suede throughout