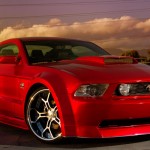 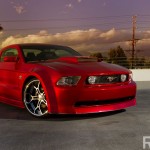 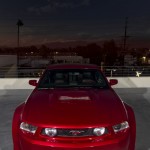 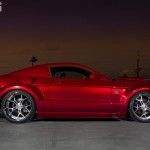 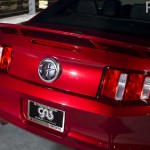 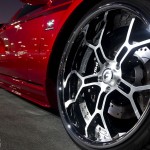 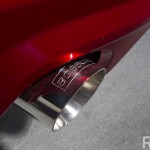 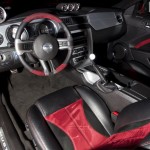 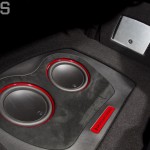 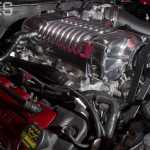 Before there was the Camaro, before there was the Charger, before the Chevelle and the Challenger, Firebird and Barracuda…there was the Ford Mustang. It invented the muscle car category before it even had enough muscle to go by that name, back when small, affordable, rear-wheel-drive American coupes and ’verts were known as “pony cars.” A name that came from—yup, you guessed it—the Ford Mustang. Introduced in 1964, the ’Stang paved the way for every muscle car since. But unlike its competition, this quarter horse never dropped out or took a few years off along the way. Ford’s been updating the Mustang steadily for almost 50 years now. And just as long as the company’s been dropping new Mustangs on the hungry public, the crew at Galpin Auto Sports has been tweaking and tuning them to their customers’ delight.

So when the folks at the SPX Corporation came to GAS asking them to build a one-of-a-kind muscle car to be auctioned off on behalf of St. Jude’s Children’s Hospital at the world-famous Barrett-Jackson auction, Galpin helped them ultimately decide to make their charity car a new Mustang. Not just any Mustang, however: a widebody, supercharged monster inspired by the legendary 1969 Boss 429. “They said, ‘Let’s do an homage to an icon with this build,’” says GAS Director Ted Mengiste. “We used the DNA of it as the guiding principle, and we used this to pay respect to the Boss 429.”

The build took about three months from start to finish, but “finished” doesn’t quite mean finished for this passion project. The car currently sits prominently amidst Galpin’s company car collection, so the shop staff passes it all the time—giving them plenty of opportunities to see details to tweak. “For all intents and purposes, it’s done,” says Ted. “[But] I think we’ll continue to enhance it until Barrett-Jackson.”

One feature that needs no enhancement is the car’s mind-blowing widebody treatment, which pushes the fenders a whopping nine inches farther apart than they are on a stock ’Stang. “It’s Old World craftsmanship, because it’s an all-metal widebody—all metal, all hand-rolled,” Ted boasts. “The quality and the finish make it look like a factory car.”

The ruby coats slathered across that handmade skin are a one-off color created just for the car by PPG. But this Mustang isn’t just a show pony. With 711 horsepower of supercharged 5.0-liter V8 shoved under the hood, this Boss-inspired whip packs enough power to humiliate plenty of mere supercars. “It’s the complete deal,” Ted says.

When this Boss tribute rolls onto the auction block this January, seeing it leave might stir up a bit of anguish among some GAS employees. “The guys at the shop are really passionate about this build, up and down the line,” Ted says. But knowing the proceeds are going to St. Jude’s—a hospital that specializes in treating childhood cancers regardless of the parents’ ability to pay—makes dealing with the loss easier. “Whether it sells for $10,000 or $900,000, all of it is going for a good cause.” Now, that’s boss.