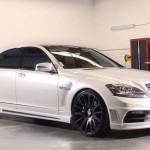 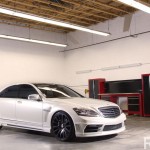 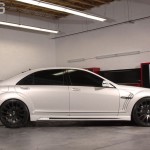 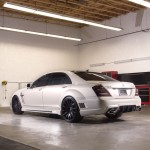 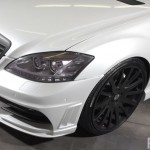 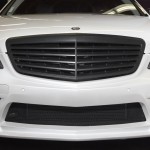 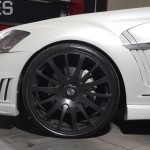 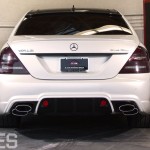 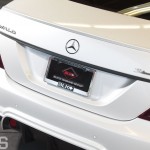 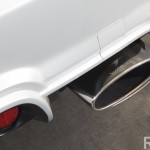 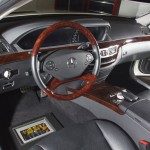 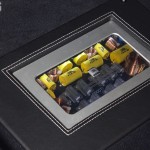 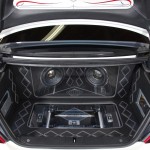 As the old adage goes, “if it ain’t broke, don’t fix it.” And to most, an S-Class Mercedes ain’t broke. However, CEO of Black Diamond Group John Rhee sees things a little differently. “When I build a car, I wanna follow a certain theme—this is Japanese modern,” he says.

Looking at one of Germany’s most well-known cars and thinking “Japanese modern” is as foreign an idea as the car itself, but not to John, who knows exactly what he is looking for in his vehicles and kits. “I had a lot of choices between some of the other European brands,” he explains, “but I thought the Wald Black Bison Kit was a little more aggressive and more fit my style.”

When RIDES last featured John and his Mercedes CLS in March 2011, he was well underway with this project, which he began more than a year ago. “I’ve always been a Mercedes guy, so I wanted a bigger sedan, something that’s a little different than I had before.” By combining a well-known Japanese body kit manufacturer with sleek German design, “different” becomes a bit of an understatement.

“A reason I chose Wald is because it’s obviously a Japanese company, and all the audio that will be going in there will be like a Japanese VIP style but modern,” John says. This S-Class achieves that ultra-modern interior by going with all top-of-the-line stereo components. “The interior has a full audio system; it’s sponsored by JBL Audio, with their highest-end line,” he adds.

In order to bring the Japanese influence to the interior of a German car, John is using Alcantara, a synthetic fabric developed by Japanese scientists. “We are going to be doing the double diamond stitching in white, with white, black and light gray Alcantara.”

Don’t let the upper-tier body kit and lush interior lull you into thinking that this powerhouse of a Benz will go untouched. John says, “It’s gonna be going to Evosport after this go-round and get a lot more done to it.”

To a car enthusiast like John, “there are always new and better things that you can do in a vehicle. We are in talks to build an SLR McLaren right now, so that’s the project we are currently looking to do,” he continues, “again, trying to stick to the Mercedes line.” If the past is any indication of the future, the guys over at Black Diamond Group should have a few tricks up their sleeves.