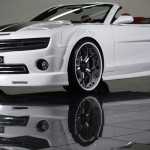 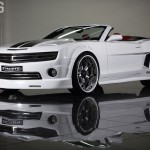 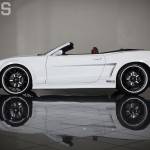 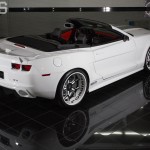 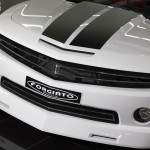 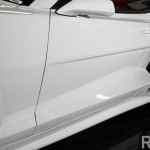 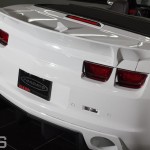 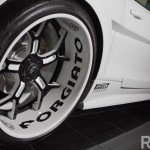 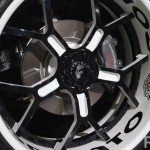 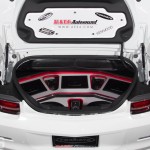 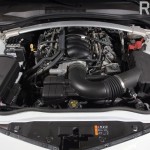 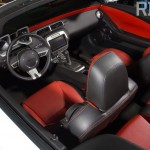 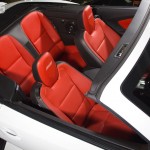 The Bumblebee bubble has burst. The new Camaros aren’t so new anymore, and the Internet, the streets and the magazines (including RIDES) have proven such with countless custom renditions from tuner spec to candy on 30s. To some, this dilutes the appeal of the fifth-generation ’Maro, but to others it provides an opportunity to continuously raise the bar.

Forgiato has a unique method for showcasing their wheels. On top of the virtual Internet simulations on their website, they actually provide you with an authentic example: by purchasing the most current, hottest rides and customizing them with their multipiece rolling gear. “We feel that it’s the best way for our customers to see what we have to offer,” explains Gary Tegeleci, marketing director at Forgiato. “We’ve been doing it for a few years and received a lot of positive feedback, so it must be working.”

To showcase wheels with the most ludicrous of lips, Topo from TS Designs was enlisted to add front and rear widebody modifications to this 2011 Camaro SS ’vert. “With the widebody, we were able to do a 24-by-15-inch wheel with an 11-inch lip in the rear,” says Gary. “We also widened the front, which is a first for us and really cool.”

On top of the fender revisions, the Forgiato squad fancied a high-end audio system, and they knew exactly where to go: Al & Ed’s of West Hollywood. “We just recently started working with them, but we feel like we found a good match to help us out with audio on our future projects,” says Gary.

The SS model boasts respectable performance numbers from the factory, with its 6.2-liter V8 churning out 426 horsepower in stock form. But those numbers were inadequate on a build of this magnitude for Forgiato, so they’re delivering the voluminous ’vert to Hess Motorsports for a pony increase of epic proportions. “Bone stock just wasn’t good enough for us on this project,” proclaims Gary. “We had to give it some serious horsepower to appeal to everyone.” Hess is going to install the Vortech supercharger, JBA headers and a host of other performance upgrades, producing an estimated 625 horsepower at the flywheel!

As with all of their builds, the primary goal was to showcase the wheels—but, as they know, appealing custom cars usually produce prospective buyers. “We tend to keep about four company vehicles around at a time,” says Gary. “And typically we start another after one gets sold.” And true to form, even before this issue went to print, the captivating Camaro’s title had already been transferred to an exotic car dealer in Saudi Arabia. As for the next ride in Forgiato’s stall, it has yet to be determined, but we know for sure it’ll be the current hotness and rockin’ some fresh new shoes.