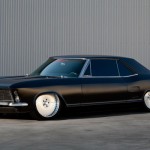 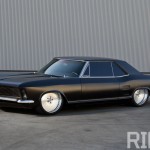 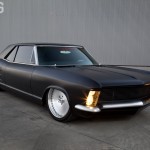 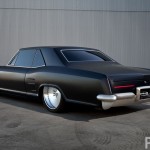 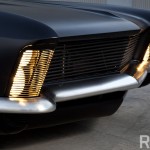 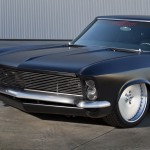 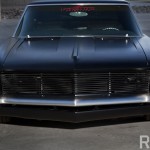 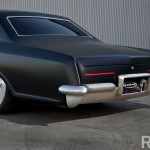 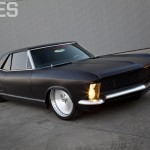 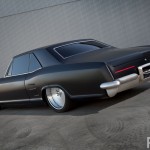 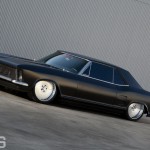 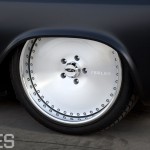 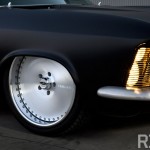 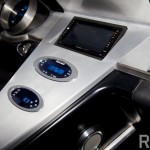 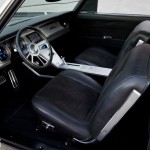 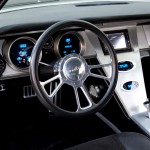 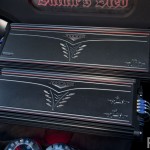 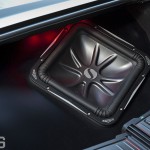 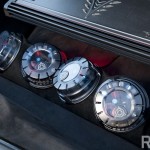 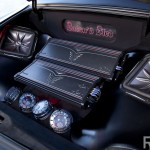 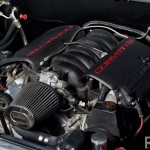 It’s becoming cliché to deem your ride “mean.” Slapping on some black wheels and limo tint and removing your chrome trim is far from ballsy, as everyone has done it now. And although there are plenty of rides flexin’ this pseudo facade, only a select few can call their rides sinister or, even further, spawned from the Devil himself.

The Scottsdsale, Arizona, dweller, co-owner and CEO of toymaker Ronin Syndicate, Tony Diaz, began his pursuit of the dark side a few years ago, combing the country for the perfect candidate for his evil mission. “I had been looking for a Riviera for a long time,” explains Tony. “I just love the hard lines on it. I think it has an aggressive, old-school gangster look. Back in those days, all the cars were like boats, but the Riviera had that defined look.” The goal for the car was simple: to radiate gangster. And Tony wasn’t thinkin’ ’Pac in ’94—more like Capone in ’29. “I wanted it to look thug, but not modern-day thug—more like something from the ’30s,” proclaims Tony. “Like you would expect dudes with tommy guns to jump out of it.”

Tony definitely had gangster goals, and thankfully his friend Chris Fesler was up for the task of making Tony’s dreams a reality. If you haven’t heard the name Fesler yet, you’ve surely seen the Fesler Built artistry on the Web or at a number of high-profile car shows.

For the heart and soul of the bold Buick, it would need a modern touch under the hood. “It had the original nail head in it, but we pulled it out for the LS1,” says Tony. “I wanted something more reliable and more powerful.” He continues, “To achieve that gangster theme, it’s gotta growl and it’s gotta be able to scoot!”

One of the most intriguing aspects of the rapacious Rivi is the exclusive yet abnormal rolling gear. “I was lookin’ at hot rods from back in the day and was inspired by the moon wheels they used, and I wanted to do something like that,” Tony says. “But I wanted to put a lip on it. To me, when you add a lip, especially in the rear, it gives it more of an aggressive look.”

Under the trunk lid is nothing but bad news. With more than 3,000 watts of power going to the Kicker subwoofers and speakers, not only does it pound pavement, but it casts fear on anyone daring enough to peek inside. “Chris was like, ‘I don’t know, man, people might get nervous or get the wrong idea,’ but I didn’t give a shit. I wanted it to be thug and mean,” exclaims Tony. “Mean” is putting it kindly. Upon unlatching the lid, you witness glowing red Plexiglas with an unforgettable inscription: “Satan’s Sled.”

“I know this car is not for everybody. It’s supposed to look mean as hell,” explains Tony. “But you don’t build a car for everybody to like. You build it based on stuff you’re into—and for respect.”