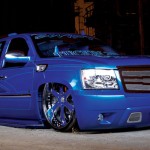 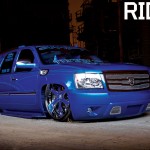 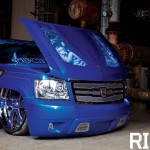 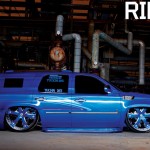 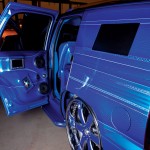 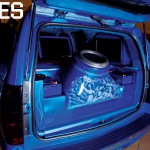 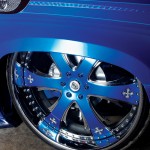 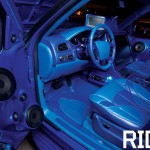 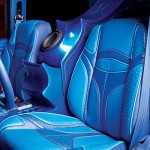 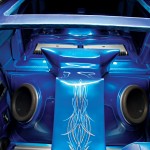 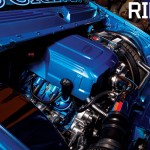 When the first Jeep rolled off the assembly line back in 1940, it created a new category of cool cars: the sport utility vehicle. In the last 20 years, though, SUVs have gone from being hard-core machines made to conquer the great outdoors to everyday rides for everyday people. Tough, large and the pride of American car companies, sport-utes have become the modern equivalent of the full-size sedans Detroit cranked out in the ’50s, ’60s and ’70s. And like those heavy-metal monsters, SUVs are now choice whips for those who like to customize their cars.

Nowhere in the world is the custom-car scene quite as competitive as California, and that extends to the SUV realm as well. Yet despite the challengers in his way, Anaheim, California’s Lefty has his sights set on making his slammed Chevy Tahoe the last word in sport utilities in the Golden State. “I’m trying to take that SUV crown in Cali,” Lefty, a Swift Car Club council member, proclaims.

It’s taken him a year and three months to reach this point, in which it’s been slammed, repainted, reupholstered and filled to the brim with electronics. Bumper to bumper, nearly every inch of Lefty’s Tahoe has been worked over for the better. The true masterpiece of this Tahoe, however, is something you’ll never see if you happen upon this whip on the street: the undercarriage. “Pretty much everything under there is chrome, engraved and anodized—and it’s all painted blue to match the truck as well. My frame, my belly, everything is painted,” he says. Peek in the back and you’ll find another surprise: The rear seat has been yanked to make room for a fiberglass enclosure full of ICE. You want to ride in the back? Look elsewhere.

To find inspiration, Lefty took a close look at what was hot in the streets, then adapted it to his own personal style. “I would run across something and be like, ‘Yeah, I’m gonna do that next,’” he says. “I would see it in different vehicles, and I would want to give it a little twist, make it my style.” As an example, he points to the openings where his Tahoe’s roof used to be. Takin’ the lid off a whip is nothing new, but since he didn’t want to follow the herd, Lefty chose to chop out two separate openings in his roof instead of just one.

Nevertheless, while Lefty didn’t start off with a specific vision of a Cali-crushing whip in mind, “one thing led to another, and it just kept going and going,” he says. “It’s hard to stop, y’know? Every time I do something, I just wanna keep going over the top with it.”