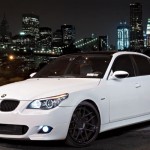 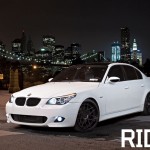 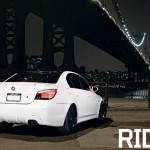 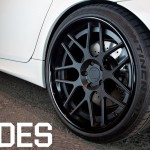 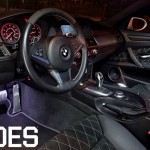 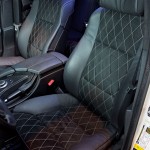 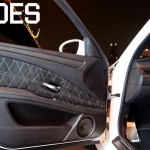 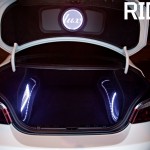 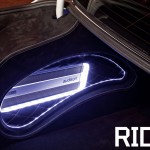 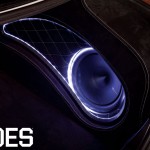 Quite possibly, the end goal for a car—the motive for every true car fanatic—is to have the ride featured in a magazine. For most car guys, it’s the pinnacle of one’s tireless and endless work, and it results in something tangible and lasting: the dream of a lifetime. The work and dedication that RIDES’ own David Zuckerberg, associate publisher, has shown has resulted in a Bavarian ’Bahn-stormer that rivals some of the best from Munich.

“I’ve always wanted to be featured in a magazine, since childhood, and [that passion] grew at RIDES,” David explains. Starting his customization game with a Mustang that brought out his University of Miami fraternity roots, then moving to an Audi S4, followed by his BMW M3—which was more racer than grown man—David decided to get something that would compete long term. “When I sold my M3, I thought it wouldn’t be possible to have such a customizable car again,” explains David. “When I got my 550i, I knew it was on!”

David copped a mint Alpine White 550i with an adolescent 37,000 miles from a dealer in California, sight unseen, and had it shipped to New York, where he started the mods with a blacked-out grille. From touching on everything that makes a worthy show car. “Mike Chou’s CLS from TWCompetition [inspired me]; it had a similar color palette and was heavily modified but still classy,” David remembers.

Outspoken and not one to stay on the quiet side, David was certain to make sure one part of his Bimmer was completely a creation of his own: the one-off wheels. Going back and forth with Rennen through e-mails, they exchanged renderings until he had created a custom set of Rennen Modular (as he excitedly calls them) “Zuckerberg Edition” wheels that fit his criterion.

As for most of the custom work—which was completed by LUX Motorwerks of Keyport, New Jersey—perhaps the specialty of the car is the trunk, which still allows ample space though it houses both a 12-inch Hertz sub and an Audison amp in separately concealed, teardrop-shaped boxes. The diamond stitching in the Alcantara-lined headliner and the hidden Passport 9500ci in the center console complete the sublime concept of this 550i.

With mucho dinero dropped and persistent praise from those who can spot subtle yet defining cars of character, David plans on doing one or two more modifications to keep this white whip steadily supplied. “[The next mods] are Stoptech Trophy Ithaca Verde green brakes. Other than that, I am done—unless ESS Tuning lowers the cost of their $8,500 supercharger,” David suggests.