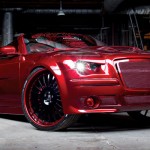 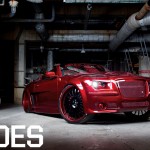 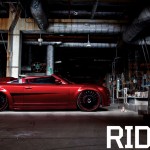 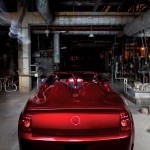 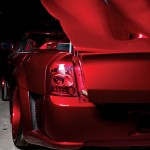 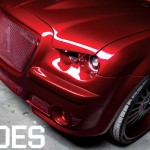 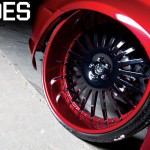 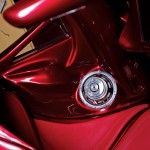 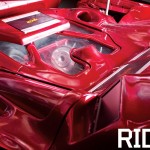 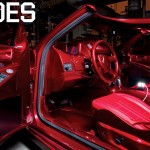 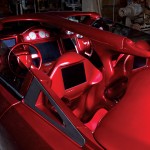 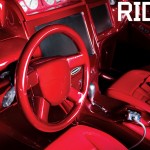 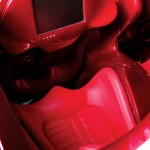 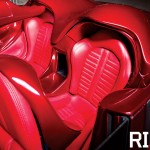 In the labyrinth that is the West Coast custom-car scene, those showmen eager to dive into the shark-infested waters tend to shy away from the prominent automotive platforms, aspiring not only to notch a couple headboards but to escape potential humiliation. Yet there are those chosen few who, after dominating uncharted custom territory, have deliberately hopped back on the bandwagon in order to take the crown.

Chris Castellanos, owner and head painter at J&C Customs in Bellflower, California, is globally recognized for his exotic builds on not-so-ordinary rides. He was the first to really customize a 645, adding a widebody, fiberglass interior and 24- and 26-inch wheels. He was also the first to noticeably customize a Bentley GT. The only complication with customizing rare rides exclusively is that there is no benchmark to work toward and, more important, no competitors. “I didn’t have competition when I did the 6 Series and the Bentley,” explains Chris. “I got the 300C so I could play with everybody else out there—to compete against Chargers, Magnums or any full-size car, because there are a lot more of those.”

Chris and his team at J&C commenced transforming the sedan into a coupe, which, surprisingly, only took a month to accomplish. On top of the coupe fusion, it was clear the rear widebody would be added as well. “I wanted to be the first widebody two-door 300C,” he says. “I just wanted to take it to the next level, do something nobody would do.” In addition to the blatantly obvious modifications, some other subtle touches, such as the molded “eyebrows” on the carbon-fiber hood and the molded rear wing on the deck lid, were added to appease those with the trained custom eye—not to mention, of course, to impress the car-show judges.

After all the body mods were executed, Chris was ready to do what he does best: coat the body with a captivating candy. As to why he stuck with a solid color as opposed to a two-tone or graphic-based job, Chris explains bluntly, “Fuck all that copying shit with the graphics! I just wanted to come with one solid color and make it look luxury, you know?” He continues, “Plus when you do stuff like the widebody and the two-door, the graphics distract you and take your attention away from the modifications.”

After the 300C’s unveiling, it only took a couple of car shows for it to follow suit with Chris’ previous rides. He says, “The 645 and the Bentley were sold shortly after I finished them, and the 300C was just sold to a fellow SWIFT club member in Texas last week!”

With the short-stayed coupe out of the stable, Chris is setting his sights on his next project, which happens to be a two-door Jeep SRT8, which will also be the first of its kind. “I just wanna keep building stuff and try to be on top of the game. I wanna show people what I can do.”